A look at a white Tesla Model 3 production candidate

Electric vehicles are on a major roll, and the International Energy Agency’s annual report on the market makes for lively reading this year. The IEA's Global EV Outlook 2017 report notes that global plug-in vehicle sales surpassed 750,000 in 2016, bringing the number of battery-powered cars on the world’s roads to over two million. Electric vehicles (EVs) still have a long way to go before they make a dent in global oil demand and greenhouse gas emissions - they still amount to only 0.2% of the passenger light-duty vehicles in service - but sales are growing quickly, and in some countries their market share is already formidable.

Global hotspots include Norway, where 29% of new cars sold are now plug-in models, and China, by far the world’s largest electric car market, with more than 40% of the electric cars sold in the world, not to mention 200 million electric motorcycles and more than 300,000 electric buses. Public charging infrastructure is also proliferating - in 2016, its annual growth rate was 72%.

Battery costs are on the way down and energy density is on the way up. There is every reason to believe that this trend will continue, narrowing the cost gap between EVs and internal combustion engines (ICEs). The IEA predicts that there will be between 40 and 70 million electric cars on the road by 2025.

In several ways, Tesla is the star of the show. The California carmaker is leading the pack when it comes to battery cost reductions and charging capabilities. It also has set by far the most aggressive goals for selling more EVs in the years ahead.

When it comes to battery costs, Tesla’s are widely believed to be as low as any in the industry. The Department of Energy estimates that, for battery packs that will be used in new EV models, the cost in 2016 was between $250 and $300 per kWh. Tesla and Panasonic have said that their pack cost is somewhere between $180 and $200/kWh (GM and its supplier LG Chem claim similar figures). 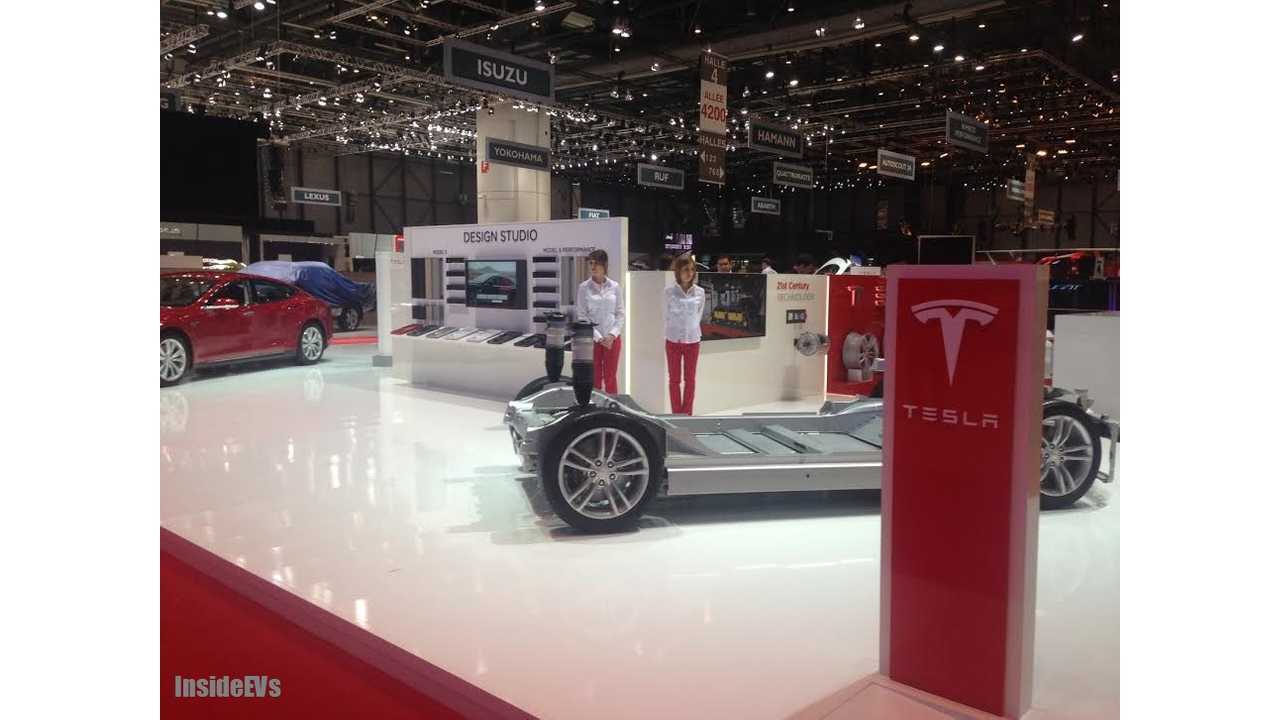 Looking to the future, many industry observers have said that a price point of $100/kWh will allow EVs to reach cost parity with legacy vehicles. The DOE expects the industry to be near that point by 2022, and GM predicts that it will reach the magic 100-dollar mark by that date. One of Tesla's original co-founders Martin Eberhard and Tesla's current CFO Deepak Ahuja each recently predicted that the $100 tipping point would be achieved in that timeframe. Tesla’s cost target (according to the IEA’s chart) is - surprise, surprise - even more aggressive, reaching the Promised Land in 2020.

Tesla likewise leads the pack when it comes to charging - its Level 2 equipment can charge at up to 17.2 kW, the highest level in the industry. Most Superchargers crank out 120 kW, and some go as high as 145 kW, comparable to the highest levels that the competing CCS and CHAdeMO standards can muster. And the company is planning to push that much higher - last December, Elon Musk hinted at something called Supercharger V3, which will offer charging levels higher than “a mere 350 kW.”

Where do the world’s automakers stand when it comes to projected sales of their plug-in electric vehicles? The IEA's report includes a handy table that compares the announced electrification plans for the world’s major EV-builders.

Of course, these figures are only the most recent official projections, and they may have little relation to eventual reality. However, a mere glance at this list shows that Tesla’s plans are in a different league. No other automaker has announced a sales goal anywhere near as ambitious. Even all of the mighty Chinese firms together only plan to produce 4 or 5 times as many EVs as Tesla. Ironically, the company that has the most hyped EV on the market at the moment - the Chevy Bolt - has perhaps the most timid sales projection on the list. GM is expected to sell only around 30,000 Bolts this year, and it has yet to formally announce any more new plug-in models.