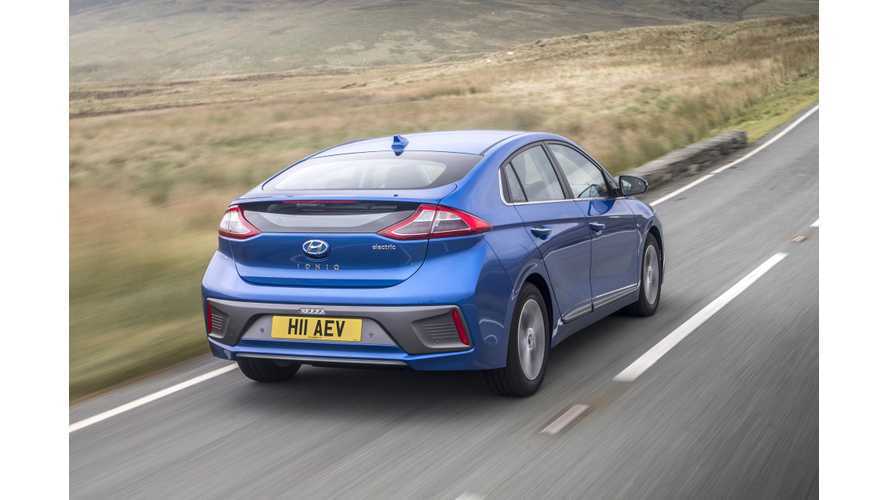 Hyundai has joined Audi, BMW, Kia, Nissan, Renault, Toyota and Volkswagen in the Go Ultra Low consortium, the UK's government and industry-backed campaign that exists to highlight the benefits of plug-in and fuel cell electric vehicles.  And why not?  Sounds like a win-win to us.

In total there are now more than 35 plug-ins (or zero emission fuel cell) models on sale in UK.

“Hyundai joins the Go Ultra Low campaign at an exciting time for the electric car industry, as the variety and capabilities of ultra-low emission vehicles make them an increasingly attractive option for UK motorists. 2016 was an unprecedented year for plug-in vehicle registrations as more and more motorists realise the cost-saving and environmental benefits of driving an ultra-low emission car. We expect this year to be better still with even more new electric vehicles coming to market.”

“Becoming part of the Go Ultra Low campaign demonstrates how seriously Hyundai Motor takes low-emission motoring. Our IONIQ EV is already making waves in the plug-in market, while our ix35 Fuel Cell is the world’s first mass-produced hydrogen-powered car. Both these vehicles demonstrate our commitment to care for our customers, providing innovative, technology-packed cars that enhance their lives while benefiting wider society.”