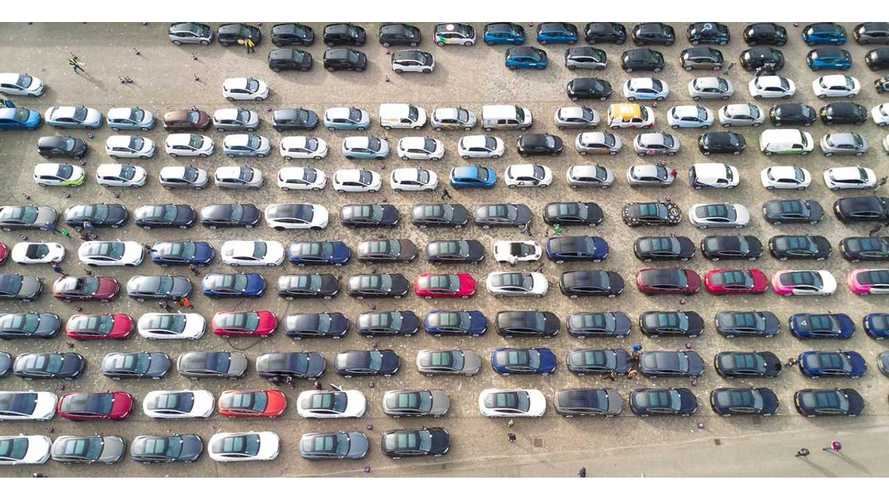 Although the Guinness Book of World Records has yet to officially recognize this substantial feat, 746 electric vehicles paraded in the Netherlands, on the A270, from Helmond and Eindhoven, to set a new world record.

The 3.6 kilometer stretch of road was closed in Brabant, a province in the south of the Netherlands, to make way for the festivities.

The event was organized in advance by Rotary Club member Eindhoven Eeckaerde. Participating vehicles ranged from Teslas, to Nissans and Renaults. There were also a number of electric buses, trucks, bikes, and Segways. A solar car was also featured in the parade. The previous record had been set in Berlin in May of 2015 and included 577 EVs.

All monies raised as part of the event will be donated to an educational program for children in disadvantaged neighborhoods. It's about time that we had one of these in the U.S. California could easily organize a charitable parade of electric vehicles to parallel this.

As some bonus coverage, Reijer Kok send InsideEVs the (above) drone video footage he took of the event, kicking off from the Automotive Campus Helmond in the Netherlands

Below you'll find video and some images of the world record parade.