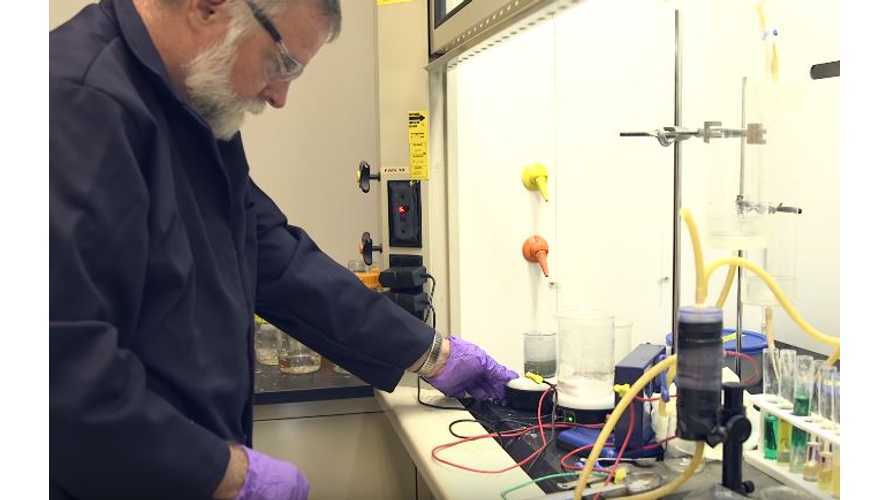 Instead of plugging in for electricity, these batteries use replaceable fluid for power.

Ask even the most die-hard EV enthusiasts about the biggest drawback to electric cars, and the answer will be batteries. The problem isn’t with operating range – after all, internal combustion engines have a limited range as well. It’s the extended time required to recharge the batteries, up to several hours versus just a few minutes for a refueling stop, that kills the electric car for many people. That problem, however, could now be solved thanks to researchers at Purdue University. And if the solution is as viable as the report from Futurism suggests, we could be looking at a complete game changer for the world of electric motoring.

The technology is a new kind of flow battery that isn’t recharged through electricity, but by removing and replacing the battery’s fluid electrolytes. Without getting too technical, as the power runs low, you stop and drain the spent fluid in the battery then refill with charged fluid. The process would be much like stopping to fill up the gas tank, with the only difference being the need to remove the existing fluid first. That could be as simple as a remove-and-replace function using a specially designed electrolyte "gas" pump, giving new life to the batteries in just a few minutes.

Not only does this solve the problem of lengthy recharge times, it’s also an environmentally friendly process. Researchers say the fluid is clean, stable, safe, and inexpensive to boot. Spent fluid collected from the batteries would be recharged through any kind of normal electrical charging infrastructure. Once charged, the fluid would be sent back out for use, much like gasoline is sent out now.

Flow batteries aren’t new technology, but this is a new design that makes the batteries much safer to use and store. Researchers say all the pieces are in place to make this happen, with minimal changes to infrastructure needed to implement the refueling stations. Two Purdue professors and doctoral student have formed a company called IFBattery LLC to commercialize and bring the technology to market. The only thing holding them back, as is often the case with such endeavors, is funding for the extra research needed to fine-tune the concept.

The report doesn’t mention specifics such as battery weight, available power, or range on a full “charge.” Still, it offers a solution to the biggest problem facing electric cars, and that’s a big deal. If range and recharge times were no longer issues, how many of you would choose electric over internal combustion?