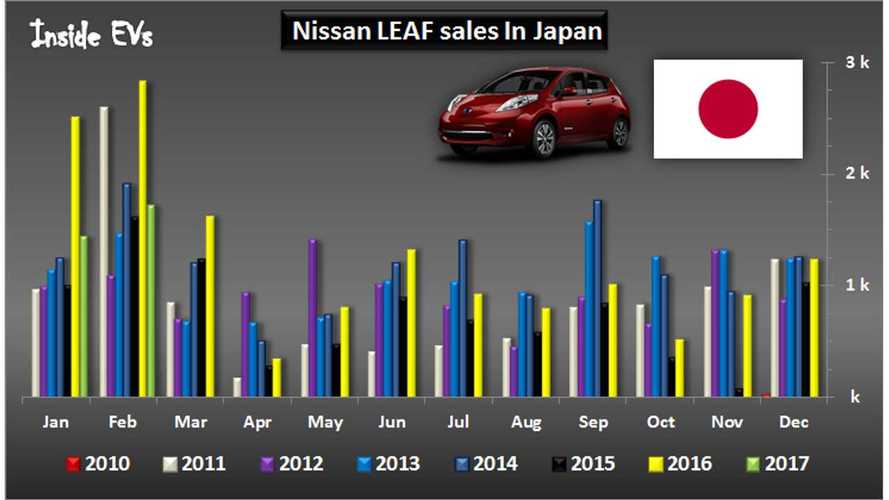 Nissan LEAF sales in February decreased by 39% year-over-year, from a record setting figure of 2,819 to 1,711; however that was not an unexpected result, as just a year ago Nissan introduced its newer 30 kWh LEAF.

In actual fact, sales of the "old" LEAF are still doing quite well in its home market, as last month's result was the 6th best ever.

As the next generation LEAF was just announced (on March 9th) to debut this September, we do expect that current LEAF's run of some fairly exceptional months in Japan, is not over.

We should note that a significant milestone for the LEAF in Japan was made in February, as cumulative sales reached 75,636.