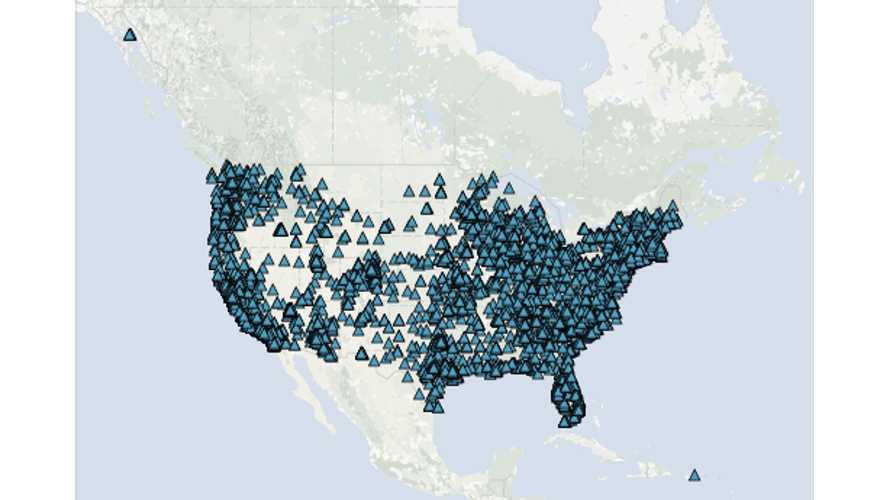 The Counter at the U.S. Department of Energy's Alternative Fuels Data Center shows that 16,038 public electric stations are in operation in the US entering June, with a total of 43,103 charging outlets.

As one can note on the chart (above), the accelerated growth of US public charging stations began with introduction of first series produced plug-in models - the Nissan LEAF and Chevrolet Volt in 2011.

Most of the spots today are AC Level 2, but ~13% of the total are DC fast chargers, with power output levels ranging from 20 to 120 kW.

With some 650,000 plug-in cars in the U.S., there is around 1 station location for every 40 plug-ins, or 1 available plug outlet available for every 15 electric vehicles.

Compared to more than 110,000 gasoline stations, public charging infrastructure is still is in its infancy, and the current installation of CHAdeMO/CCS combo station along highways will still need a power boost up to at least 150 kW for the next-generation long-range EVs.

But progress is rapidly being made for plug-in electric vehicles.  Now if your cup of tea is fuel cell vehicles, the hydrogen "network" is just slightly behind the EV curve.

source: Alternative Fuels Data Center and US Department of Energy, University of Michigan (5/22/17) via qz.com