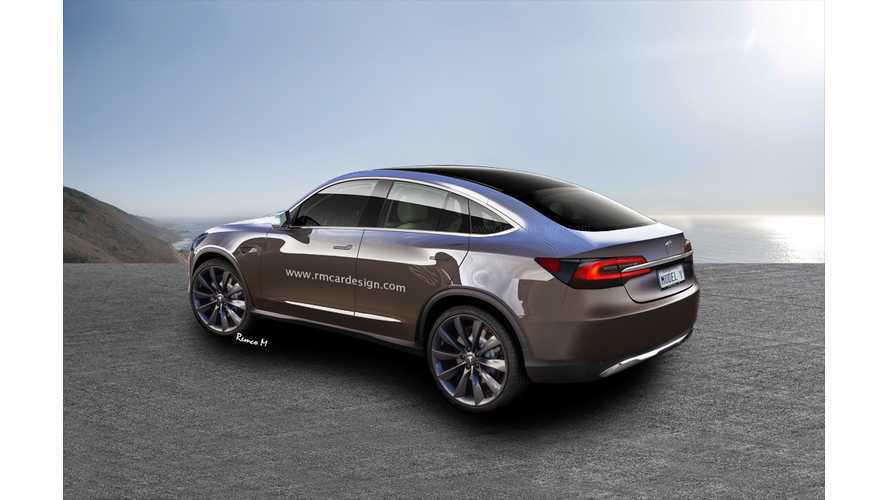 During his recent Tweetstorm, Tesla CEO Elon Musk made at least one comment on the highly anticipated Model Y electric crossover, or compact SUV, as Tesla refers to it as:

The Model Y is expected to be a crossover based on the Model 3 platform.

Crossovers are insanely hot in the U.S., so one could assume the Model Y would quickly become Tesla's top seller.

We've yet to see any official images from Tesla of the Model Y, but we expect it to look like a big brother to the 3. Taller roofline is a given, as is a raised floor. Beyond that, we're not sure what Tesla has in store for us.

As for his "few years" statement, that would typically imply 3 years, but fulfilling all existing Model 3 orders is the priority in the immediate future, so the Y could be more than a true "few years" away still.

The last time Musk spoke of the Model Y was on the Q2 2016 earnings call when he stated the following:

“I mean, also to be clear like the priority vehicle development after the Model 3 would be the Model Y, I guess, the compact SUV, because that’s also a car that where we expect to see demand in the 500,000 to 1,000,000 unit per year level. So it’s the obvious priority after the Model 3.”

On the other hand, with Tesla's sales goals so high (an annual 500k run-rate by the end of 2018), one would think the Model Y would have to arrive sooner rather than later.

Perhaps we have a case of the CEO understating Tesla's production timing on the Model Y, so as not to potentially disrupt/convert any current sales of Model 3 consumers.

ie) Sell what you have today, rather than what is coming tomorrow