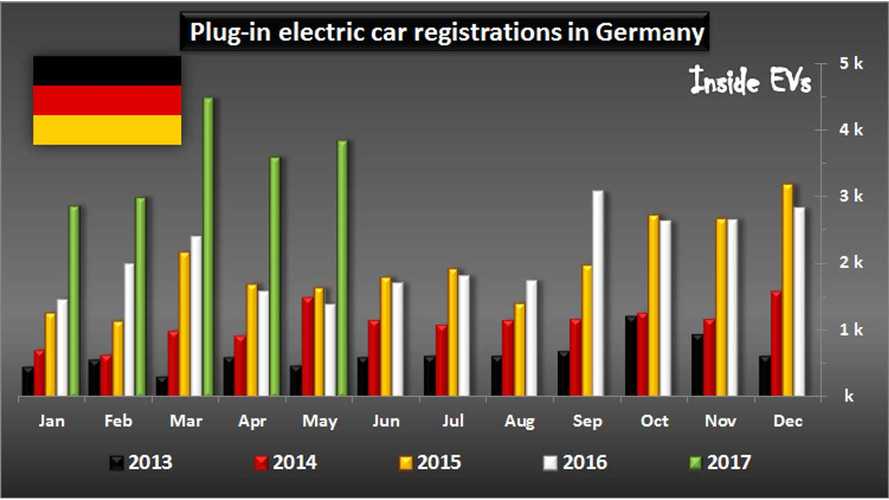 Germany has become one of the fastest growing plug-in vehicle markets this year, and continued that trend in May with 3,843 new registrations (that's nearly s 1.2% market share).

Among the top selling plug-ins we noted: Also of interest for May, the still very production constrained Hyundai IONIQ electric set its own registrations record at 130 (271 YTD), while the next generation smart ED began to appear in the stats (34 fortwo ED and 5 forfour ED).