Renault Increased Electric Vehicle Sales In May By 30% 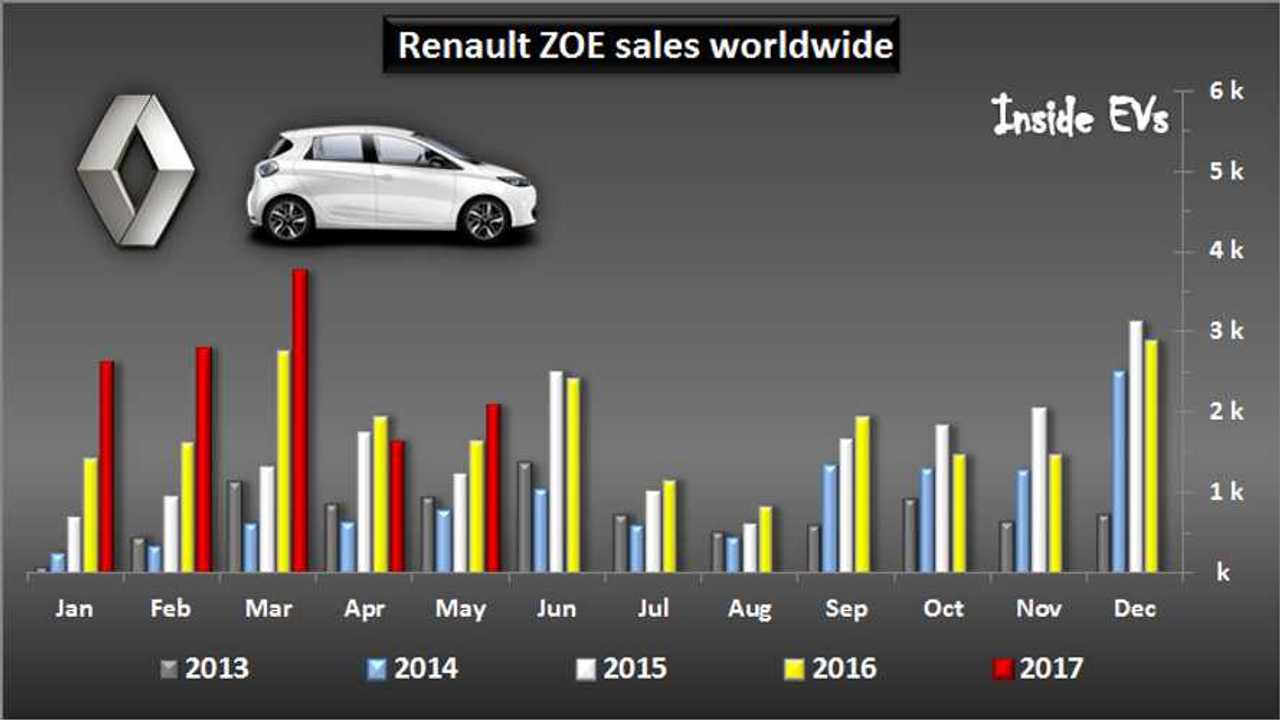 Renault apparently sorted out its handbrake problems in early ZOE 40 Z.E. offerings in April, and returned a strong path of growth in May, delivering 2,454 electric cars.

Last month's result is nearly 30% better than a year ago, and represents roughly 1.05% of overall Renault sales.

Renault electric vehicle sales in May:

Excluding the runabout Twizy, and a very small number of still hanging around Fluence ZEs, Renault has sold nearly 14,500 electric cars this year - compared to over 11,000 at this time in 2016.