Tesla And The Big Three: It's Not Fair To Compare 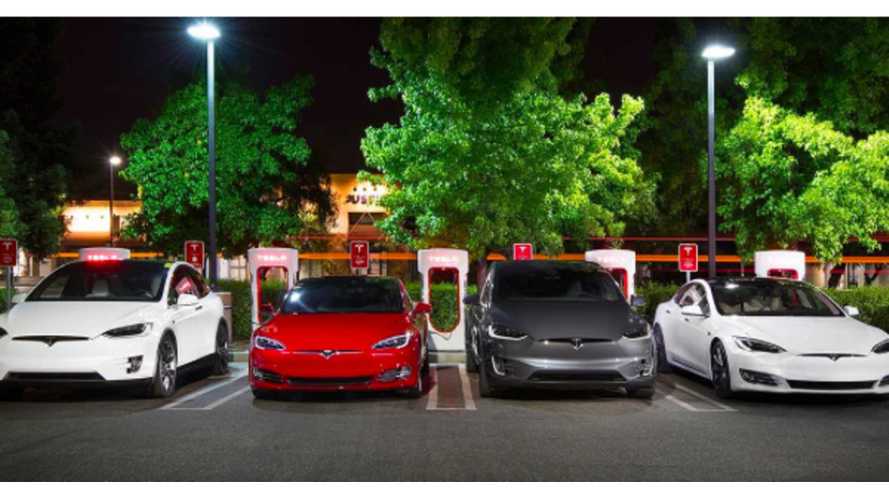 TESLA VS THE BIG THREE - AN UNEVEN CONTEST

Elon Musk has said many times that his ultimate goal is to increase the adoption of electric vehicles, a goal that’s advanced with every EV that rolls off a dealer’s lot, even if it’s not a Tesla.

“The biggest impact that Tesla will have is not the cars that we make ourselves, but the fact that we show that you can make compelling electric cars that people want to buy,” he said in Revenge of the Electric Car.

When it comes to making compelling electric cars, the company has succeeded spectacularly. But when it comes to inspiring the industry leaders to sell their own EVs in substantial numbers, that isn’t happening.

Spokesmen for the major automakers (especially when speaking to the EV media) say things like, “the future is electric,” and “we intend to stay at the forefront of technology,” but when it comes to action, the playbook is: sell just enough EVs to satisfy government regulators, while keeping the focus on profitable trucks and SUVs.

A recent article in CleanTechnica takes a look at the lineup of plug-in models offered by the Big Three (Ford, GM, and Fiat Chrysler). The current roster consists of 3 pure electric vehicles (EVs) and 5 plug-in hybrids (PHEVs). Of the 3 EVs, only one, the Chevy Bolt, is truly an attractive option. The Fiat 500e is a compliance car that’s only available in two states, and Fiat Chrysler CEO Sergio Marchionne has asked the public not to buy it. The Ford Focus EV was introduced in 2011, and not updated until 2015 - it sold a grand total of 901 units in 2016.

However, the handwriting is on the garage wall. Plug-in vehicle sales have increased every month for the last 20 months, Tesla’s Model 3 has accumulated somewhere around 400,000 advance orders sight unseen, and battery prices are falling rapidly - several industry observers have predicted that EVs will reach cost parity with legacy vehicles in about 5 years. So, is Detroit raising its game, and preparing to expand its portfolio of electric models?

Well, sort of. In January, Ford announced that it plans to introduce 13 new electrified vehicles over the next five years. However, it offered specifics for only 7, and only one of these is an electric vehicle for the US market: “an all-new fully electric small SUV, coming by 2020, engineered to deliver an estimated range of at least 300 miles.” The other 6 include hybrids and an electric commercial van to be sold in Europe.

Editor's Note:  Recently we did spot the Ford Escape Energi  plug-in hybrid out testing on US roads, and that model is expect in just over a year.

Ford representatives have made it clear that the company will be taking a gradual, go-slow approach to electrification. CleanTechnica’s Loren McDonald spoke with Brett Hinds, Ford’s Chief Engineer of Electrified Powertrain Systems, in early January, and was left with the impression that the automaker feels little urgency about upgrading its electric vehicles. When McDonald mentioned that industry experts expect EV ranges to increase to 300 miles in 5-7 years, and that battery charging rates are also expected to improve, he was told that “Ford just doesn’t see it that way.” (Yes, this directly contradicts Ford’s official announcement quoted above - the major automakers often make contradictory statements about their electrification plans.)

More recently, Ford replaced CEO Mark Fields with Jim Hackett, the head of its Smart Mobility division, a move that is believed to signal more emphasis on electric and autonomous vehicles.

Ford Executive Chairman Bill Ford confirmed this, telling Bloomberg in an interview that the CEO switch “is about EVs, and it’s about AVs .”

However, he seemed to acknowledge that the focus would remain on short-term profits (read: trucks). “Wherever we go, we have to make sure that the returns are great for our shareholders,” said Ford.

When asked if he could foresee a future in which EVs would generate the kind of margins the company makes on the F-150 pickup, he thought silently for a moment, then changed the subject.

Ford CEO Mark Fields was recently ousted. Some believe his lack of support for "future mobility" played a role.

The voltage level is much higher over at GM, where the new Chevy Bolt has been earning rave reviews, and making respectable sales - it moved 1,566 units in May, #5 in the US plug-in ranking. However, the rollout has been slow - the Bolt went on sale in December 2016, but it still isn’t available in all 50 states.

“I wouldn’t necessarily call it a slow rollout; it was a phased rollout,” Chevrolet spokesman Jim Cain told Bloomberg. “In terms of sales, I think we’re right on plan.”

And that’s kind of the point. As Elon Musk and others have pointed out, GM doesn’t seem to have any desire to sell the Bolt in mass-market quantities - it’s likely to limit production to 25,000 or so per year.

Ironically, the considerable media buzz around the Bolt seemed to disappear as soon as it actually went on the market. “The little car hasn’t captured any of Tesla’s Silicon Valley street cred, and it hasn’t whipped up any of the cultish following that still benefits the Toyota Prius,” writes Bloomberg’s Kyle Stock.

GM’s future electrification plans are vague. In February, GM CEO Mary Barra told CNET’s RoadShow that the Bolt platform will be the basis for a range of future EVs, but no details have been forthcoming.

And then there is Fiat Chrysler, the only automaker that has always been honest about its lack of interest in EVs. CEO Sergio Marchionne once said that the company loses about $14,000 on each unit of its Fiat 500e, and famously asked consumers not to buy it. The little electric runabout has garnered excellent reviews, can be leased for as little as $100 a month, and has been selling a surprising 600 or 700 per month, despite being available only in California and Oregon. Chrysler recently launched a plug-in hybrid version of its extremely popular Pacifica minivan, but it’s too early to tell how it will do.

One glaring problem is that the Big Three continue to put out lackluster designs for their electric cars. Diarmuid O’Connell, Tesla's vice president of business development had said, "In essence, they’ve delivered little more than appliances. Now, appliances are useful. But... they tend to be unemotional." Tesla's CEO, Elon Musk, goes one step further, pointing out that an electric car shouldn't "feel like a weird-mobile.”

On the other hand, the issue with the majors’ plug-in models has never been quality - almost all who’ve driven them, including this writer, agree that they are excellent automobiles. What remains puzzling is the companies’ willingness to market them. The automakers do almost no advertising for them, and most (not all) of their dealers do their utmost to steer customers away from them. Meanwhile, the companies continue to lobby to have fuel economy and emissions standards watered down.

A recent article in Plug-in Future, "How the Major Global Automobile Manufacturers Fell Asleep at the Wheel" notes a cling-to-the-past cultural dynamic.

"Part of it comes down to mentality and culture. Senior executives in automobile companies tend to be male mechanical engineers who... tinkering around with old cars and tractors. It’s what they do; it’s what they love and their careers have been about perfecting the highly complex internal combustion engine. And now you are telling them to get rid of that engine and replace it with a simple electric drive and a battery to power it. No wonder they are resistant... Changing such a culture is very difficult."

So what gives? Is it short-sightedness? Fear of the future? Plain old stupidity? Not likely. Sure, they might be stuck in their ways but we’re talking about highly informed veterans of the auto business, who have access to all the same articles, statistics and reports that you and I do (much more, actually).

What’s really happening here is a phenomenon called The Innovator’s Dilemma (the title of a 1997 book by Clayton Christensen, and yes, I believe most auto industry execs have read it). Incumbent corporations can’t keep up with disruptive technological changes, because their shareholders demand quarterly profits. They can experiment with new technologies, but they can’t pursue them whole-heartedly, because that would mean cannibalizing their proven profit centers (to sell an electric car, you have to explain why it’s better than a gas car). Once a new technology improves to the point that it can offer similar capabilities (range, charging time) to the old at a similar price, the incumbents’ market can disappear surprisingly quickly - remember Kodak, Blockbuster, and Blackberry.