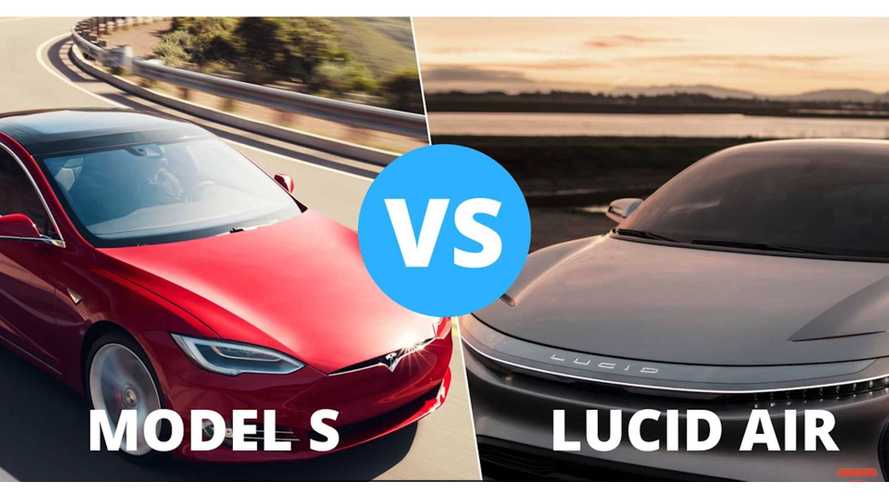 Ben Sullins of Teslanomics is at it again, "Decoding the data behind Tesla." This time, he takes a deep look into published data for the Tesla Model S and the Lucid Air, for purposes of comparison.

Lucid Motors is the latest electric vehicle startup out of Silicon Valley. The company has a substantial link to Tesla, since the chief engineer of the Tesla Model S, Peter Rawlinson, is Lucid's CTO.

Aside from the problematic Faraday and LeEco situation, Lucid is really the first company to come forward with a proposed "Tesla killer" in the form of a super luxurious, long range, performance-centric electric sedan. Unlike the latter mentions, Lucid honestly seems like it has the potential to emerge successfully.

Sullins refers to the Tesla Model S 60 as the car's base model, but obviously this is no longer true. He made this video shortly before the announcement. Nonetheless, it still provides valuable insight.

Lucid unveiled their new EV, the Air, in December of 2016 with a fair amount of good press. At the time they boasted about beating the Tesla Model S in a 0-60 race, this has since changed with the P100D setting a new record. Since then most speculation has priced the Lucid Air at 100K or more.

In March of 2017 Lucid announced pricing and features for their new base model Air. This series called "Clear the Air" is set to help them share information with the market and grow interest around their progress.

In this video, I look at how this new base model Lucid Air stacks up against a Tesla Model S 60. Of course, since recording this Tesla has announced they no longer will be offering the 60 but the comparison is still relevant considering the primary variable is the range of the Model S.

"The Latest Details on Pricing and Trim for the Lucid Air"

On December 14, 2016, Lucid revealed the Lucid Air to the world during a private VIP event in Fremont, California. This marked our first opportunity to present the Air’s design to the world and to begin demonstrating the capabilities of this groundbreaking new vehicle. The launch event was a resounding success, and we are thankful for all our partners who helped us prepare, for the many enthusiastic people who attended, and for the many positive media stories that resulted.

With the event now completed, we realize that there are aspects of the company and the Lucid Air that could use further clarification. We also realize that additional questions will arise periodically, requiring our timely response. To address these questions, we are creating a new blog series we call Clear the Air, the first edition of which I am using to elaborate further upon the pricing and features of the Lucid Air.

The Base Lucid Air

The car that we have been showing publicly represents a well-optioned Lucid Air, leading to confusion regarding the price range. Much of the speculation suggests that the starting price of the car will be over $100,000, which is not accurate. The Lucid Air will have a base price of $52,500, after the federal tax credit available to buyers of battery electric vehicles is subtracted. The base model car will be well appointed and enjoyable to drive. It will provide superior comfort, a better user interface, and better performance than comparably priced BMWs and Mercedes-Benzes.

Features of the base Lucid Air include: