Tesla Takes The Prestigious "Battery Innovator Of The Year" Award 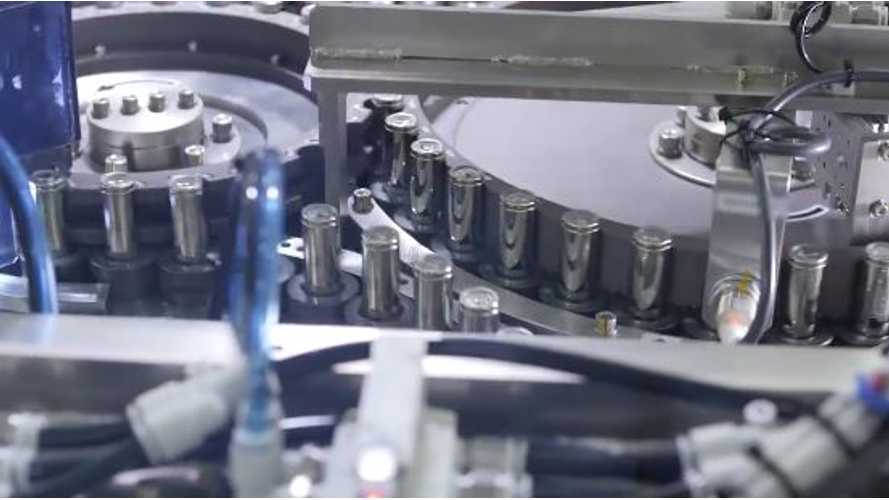 With over 800 battery industry insiders in attendance, the International Battery Seminar featured Kurt Kelty, Senior Director of Battery Technology at Tesla, as their keynote speaker. The house was packed — it was standing room only to hear Kelty’s keynote. Kelty leads Tesla forging key partnerships and battery cell material sourcing at the Gigafactory. He’s also responsible for material cost reduction efforts and the overall performance of Tesla's batteries. Before joining Tesla, Kelty worked at Panasonic for nearly fifteen years. Sitting nearby (and listening intently) were competitors from other automakers like China’s BYD. Outside the conference hall, a gleaming BMW i8 was on display.

Before the keynote presentation, the 34-year-old International Battery Seminar presented Tesla with its prestigious Battery Innovator of the Year award. Kelty accepted the award on behalf of Tesla and noted it was an, “honor to receive the award… everyone recognizes we’re not a battery chemistry company – that’s not why we got the award, it’s more the implementation of the technology.” It’s worth noting that Jeff Dahn, Tesla’s top battery researcher, received the same award last year. Dahn also spoke at the conference (following Kelty) but his discussion centered around very early, preliminary battery research that might lead to incremental advances in battery chemistry in the years to come.

Kelty spoke about Tesla’s battery system expertise and noted the fact that Tesla has, “7.5 GWh hours of usage so far from our customers… we’re getting this data in real time from them in terms of how our customers are using our vehicle, how they charge and discharge… so we’ve got a tremendous database.” In addition, with stationary storage systems: “We have over 300 MWh in market and we’re getting that information.” He noted, “I’m pointing this out because there’s a lot of know-how that we’ve developed over the years that is transferrable between our vehicles and energy storage systems.”

When discussing the overarching vision for Tesla, Kelty noted, “Where we see the future in houses we want to be your EV provider. Put your EV in your garage and you charge it up with one of our chargers, you have a powerwall… a solar product that we’ll be introducing this summer. He continued, "You see how this could integrate well in your house. You have solar, battery pack, the EV and you’ve got all the controls on your cell phone and you could control everything. This is the kind of future we see for house.”

In addition to showcasing energy storage solutions for the home, Kelty also discussed recent Tesla Powerpack micro-grid applications in Hawaii and California. He explained, “There are a lot of applications for the Powerpack that we’re just starting to explore… we’re just starting to penetrate the market now and the market potential is absolutely huge.” And he explained that Tesla’s energy storage solution makes the brand a “one-stop shop… it’s all a well-integrated system and it just makes it that much easier for the customer to use.”

Kelty discussed efforts at the Gigafactory to reduce battery costs and reminded us that Tesla is already “the largest battery customer in the world right now.” But trying to reduce battery costs is paramount at Tesla — the mantra is “it’s all about dollar per watt hour” and it guides the Gigafactory's vertical integration strategy. And he pointed to Elon Musk’s first principles approach in order to work through the entire process from “how much it costs to get out of the ground… look at each step along the way.”

Kelty explained the relationship with Pansonic and the new 2170 battery: “We co-developed and optimized the chemistry and form factor… Panasonic is unbeatable in terms of their manufacturing capability, they know how to manufacture things with high quality, consistency, reliably and for a reasonable, low cost.” He was effusive in his praise for Panasonic. Yet, he pointed out how their differences allowed the two companies to work so well together: “They’ve got a set way of working that really works well for them and then we come in and it’s just oddball, crazy ideas… the combination of the very conservative and just crazy works very well for the two companies.”

Pointing to a chart, Kelty says that Tesla sees “hockey stick growth” for electric vehicles unlike more conservative forecasts from the fossil fuel industry and management consultants. Kelty concluded his keynote clearly enthused about the Model 3: “Our Model 3 is coming out second half of this year, really exciting, it’s where we’re spending most of our time right now… it’s exciting to see what’s going on at the factory… it’s an exciting time at Tesla. Model 3 is a huge next step for us.”

Ever guess what's inside one of Tesla's 18650 lithium-ion battery cells? Although this is not an "official" video from Tesla, one brave youtube'er carefully took apart (and then dissected) a Tesla battery cell to get a closer look...

Above: A quick look inside a Tesla 18650 lithium-ion battery cell (Youtube: ARIES RC)

It's important to note that the Model 3 (and ultimately all Tesla vehicles and energy storage systems) will be using a larger 2170 battery cell which will differ to some extent from Panasonic's 18650 battery cell. In addition, a large part of the brilliance Tesla has developed is its utilization of thousands of these battery cells inside the modules and battery pack that sit in the floorpan of the vehicle. Nevertheless, this video is somewhat instructive in order to get a better sense of what goes inside a battery cell.