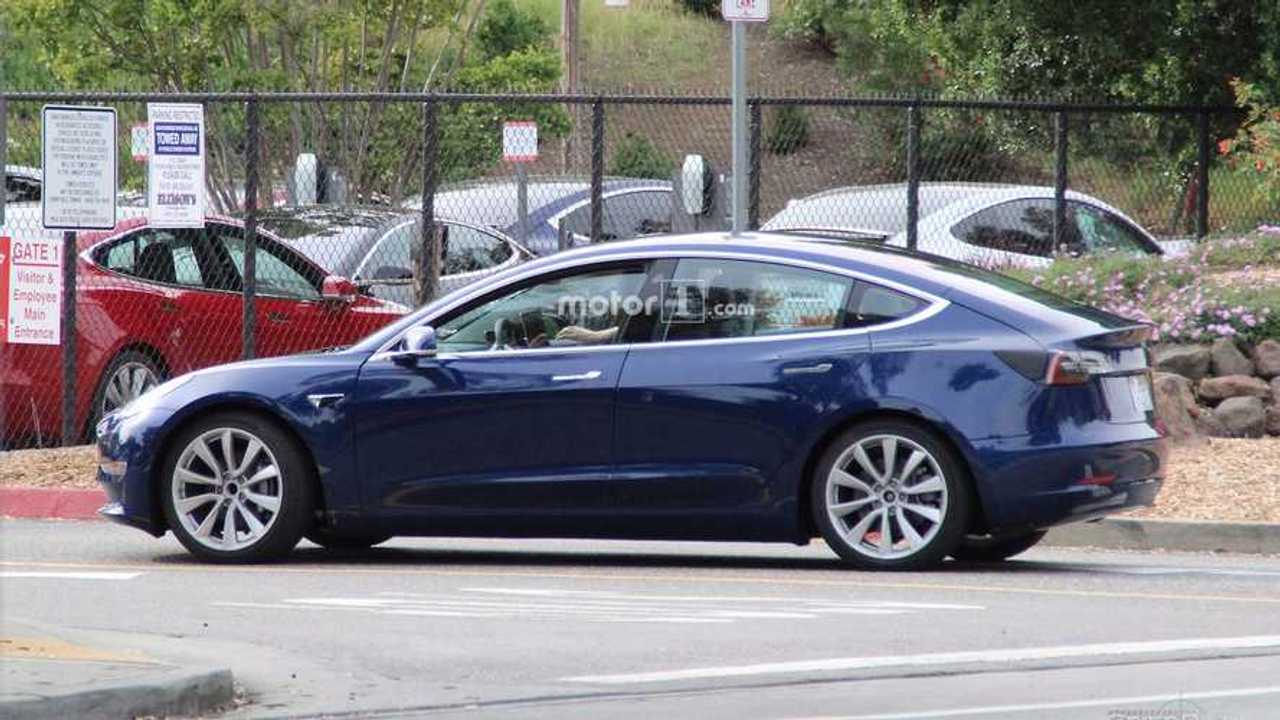 According to Teslanomics' Ben Sullins and his "data diving" expertise, along with a hefty deal of research, Tesla will deliver about 83,000 Model 3 sedans in 2017.

Ben recounted CEO Elon Musk's previous statements, pored over quarterly data, mapped out the Fremont factory's production potential, and consulted numerous estimates and sources to come up with his estimate, which is on close to some previous conclusions - at least on the production side of things.

As most of us know, Sullins doesn't base his information on an abundance of opinion, guesswork, or propaganda, but instead compiles and analyzes the most current, factual information he can find. Then he puts it all into easy-to-read charts and graphs to make it organized and accessible.

Inside Tesla's factory in Fremont, CA

When the Fremont factory was under General Motors' and Toyota's joint control, functioning as the NUMMI facility, it could produce a half-million vehicles per year. However, the plant was designed to build ICE cars.

To clarify details, Sullins touched base with industry analyst, Steve Funk, who believes that Tesla still has some work ahead of it to get to higher levels of automation, and faster production speeds. According to Funk, the Fremont factory is not unlike any other current automotive plant, although perhaps a bit behind for the time being.

In a perfect world, Tesla could pull off 200,000-250,000 vehicles a year on the second production line. The first line will be solely responsible for Model S and X vehicles. Tesla cut the number in half, saying it will make over 100,000 Model 3 sedans this year. This makes sense, since there will only be five to six months of production time.

NUMMI wasn't sourcing an abundance of parts from an offsite source. Most traditional automakers tend to have everything they need onsite when producing vehicles at top production speeds. Tesla will be making batteries and other various parts at the Gigafactory, while producing cars in Fremont, and transporting said parts as the process unfolds. Looking at it this way makes the 83,000 estimate seem a bit steep.

It will be interesting to see what Tesla can truly pull off. Only time will tell.

Of note:  As a point of reference, when Tesla first confirmed the start of July production on the Model 3, and outlined volumes in February during its Q4 report, InsideEVs estimated 2017 sales of the Model 3 between 25,000-35,000 units.   Perhaps a friendly wager between us should be proposed?  ...with us really, really hoping to lose.

Looking at the EV market, the Tesla Model 3 hits the mass market consumer. With an estimated base price of $35,000, maybe a little higher, the attainability of this electric vehicle reaches more prospective owners. In fact, there are already 400,000 reservations and deliveries are set to begin in July.

According to Funk, the paint shop and production line appear to be the bottlenecks.

"Because Tesla has not expanded the Fremont factory, it is reasonable to expect the two assembly lines have a nominal capacity similar to NUMMI. Here is the NUMMI capacity:

From 2000 to 2009, NUMMI produced an average of 154,522 Tacomas on the Truck Line, less than the nominal capacity. Because the truck line is slower than the small car line, Tesla uses it for Model S/X production.

Tesla forecasts Model S/X production to be no more than 100,000 units in 2017. Presumably, this is demand constrained.

The small car line is faster and is slated to assemble the Model 3. The 225,900 capacity figure is based on two shifts with straight time.” Funk predicted.

Based on this, and my learnings from my recent trip to Fremont, I agree that this Tesla plant alone won’t get them to the huge number they’re projecting. In fact, Musk even stated that the Fremont plant is “bursting at the seams.” To meet their high projections, Tesla needs to give “serious consideration” to more factories - potentially as many as 20.

Considering these factors and my personal learnings, I am downgrading Tesla’s originally published estimate of around 100K Model 3’s in 2017 to around 83,000. I think the production lines will become automated in early September, and this is when they’ll see a big jump in efficiency.

Musk also talked about how Model 3 production is exponential instead of linear. Musk said: "Another thing I really want to emphasize is the production ramp tends to look like -- is exponential. Ultimately it is an S-curve. An exponential goes to linear then goes to log. And it's very difficult to predict exactly where that beginning part of the exponential and the S-curve fits in between quarterly reporting." Based on this, once the equipment is installed, in both the Gigafactory and the production will grow exponentially.

Looking at the numbers more realistically, using a reasonable growth curve, Tesla will hit the 5,000 cars per week sometime in late October. By the end of the year, I’m estimating they’ll be at 6,000 per week. So, when you add the numbers, we’re at almost 83,000 by the end of 2017.