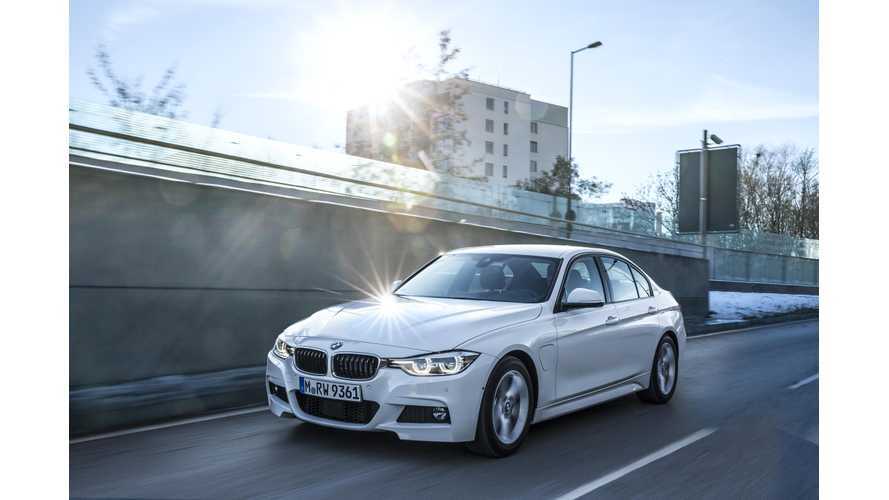 With more plug-in offerings on the global market than any other automaker, BMW says its goal for 2017 is to sell at least 100,000 electrified vehicles worldwide.

That would be a significant increase from the ~62,000 electrified vehicles BMW sold globally in 2016.

However, BMW CEO Harald Krueger predicts that figure will increase to between 15% and 25% of its sales by 2025.

"This means the electrification of all BMW Group brands and model series. Our goal is sustainable mobility."

BMW has a few new plug-in debuts (mostly refreshed vehicles like the i3 and i8 and the highly anticipated Mini Countryman PHEV, and the BMW 530e arrives this month in the US) on the horizon, but the major additions come in 2019 or so when the electric Mini comes around and the all-electric BMW X3 launches.

"With the addition of the BMW 5 Series and the MINI Countryman plug-in hybrids...the BMW Group will have nine electrified vehicles in its portfolio and is targeting electrified sales of 100,000 units in 2017."

BMW has made it clear that it aims to lead the world in plug-ins and to date no other automaker has matched the German brand's ever-growing lineup of plug-ins. Yes, BMW is light of BEVs, but those will come in due time. Meanwhile, BMW's impressive PHEV lineup is unmatched, though we wish they had at least a bit more electric range in them.