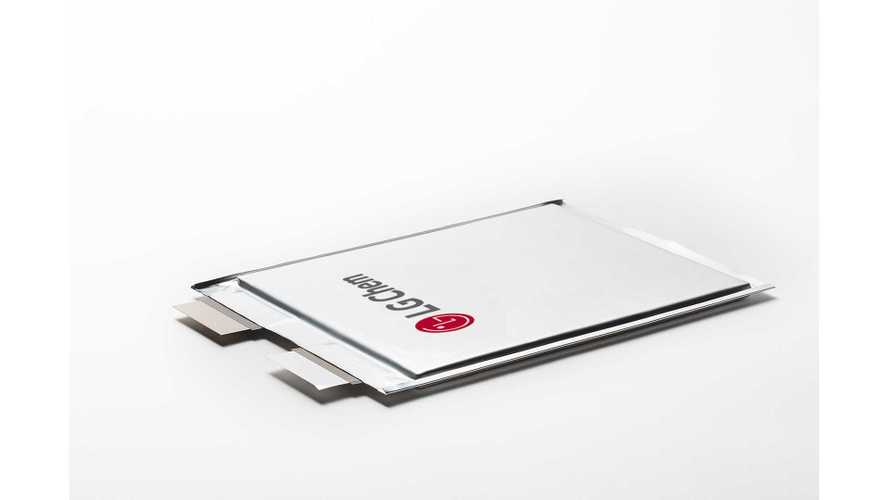 Lithium-ion battery maker, LG Chem, may not have secured a major deal with Volkswagen...yet.  Or maybe it has?

Nearly a year ago, we reported about Volkswagen's potential battery partnerships with LG Chem and Panasonic. Both companies are already suppliers for VW to some degree (as is Samsung SDI), but the company is planning a major surge into electrified vehicles starting in 2019, and has yet to announce a substantial partnership to supply those EVs, or to move forward with potential battery factory plans of its own.

LG Chem has been keeping quite busy in the EV battery space, and has significant plans for the future.

The company is currently supplying batteries for the Chevrolet Bolt and the Chrysler Pacifica Hybrid, to name a few.  Added to this, LG Chem has a partnership with Lucid Motors and Faraday Future, is in the midst of building a battery factory in Poland, and also just launched residential storage systems in the United States.

Despite all of these announcements, the battery maker is unwilling to publicly commit to the possibility of a $6.2 billion deal with Volkswagen. According to Reuters, the DongA Ilbo newspaper yesterday (Tuesday, June 26th) released information stating that LG Chem was to be the official battery supplier for Volkswagen's new Modular Electric Drive project. Reuters says that there were no sources cited in the post.

LG Chem revealed in a recent filing, "No contract has been agreed on."  But that doesn't mean something hasn't happened over the days since.

So this statement, doesn't mean that there won't ultimately be a deal, but LG Chem is not ready to state that a larger deal with Volkswagen will become a reality. It could, however, be construed to read that a contract negotiation is in progress. Unfortunately, LG Chem was even unwilling to admit that talks are underway. Reuters could not reach VW for an official comment.

So, who will it be to supply VW?  Lg Chem, Panasonic or Samsung SDI?  Only time will tell who is going to be supplying VW, and by extension Audi, with those €100/kWh ($112/kWh) battery cells the company recently touted.