To Date, Faraday Future Has Moved A Bunch Of Dirt 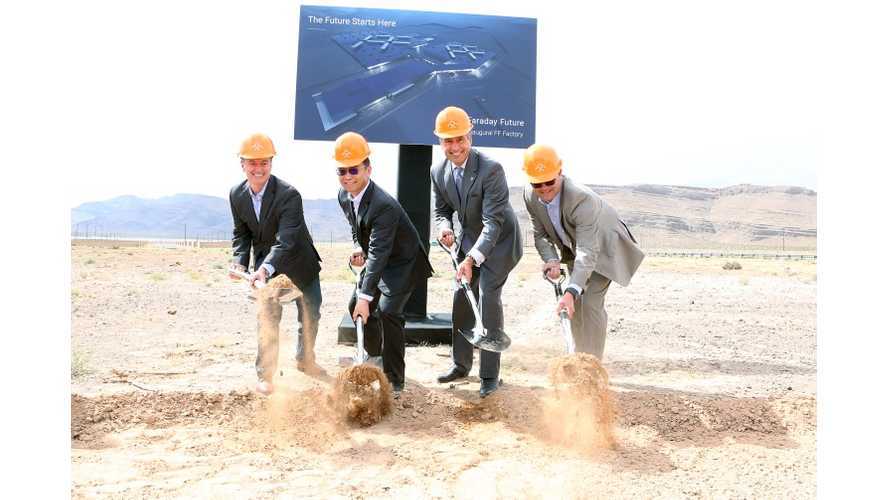 Faraday Future has been busy out at its future factory site in Nevada. Well, if you call moving a bunch of dirt busy, that is.

The report contains info on all the documented work done by Faraday to date (through the end of Q4 2016).

2. Completed all site demolition work. 3. Graded and moved over 2.5 million cubic yards of earth on site 4. Completed installation of the underground sewer 5. Completed grading (with the exception of the north and south channels not required for this phase) 6. Certified that the pad for the factory building is at grade and ready for the start of foundations 7. Established on-site offices for both Faraday Future employees and the general contractor

The Famous January 25th (2016) "Bobcat Tweet" from Faraday - Signalling The Start Of Work On Faraday's North Las Vegas Production Facility. Since then? Not so much!

Actual construction of the facility (meaning a foundation set, floors poured and wall erected) was supposed to begin at the start of 2017, but it appears as though Faraday is a bit behind.

Recently, we learned that Faraday cancelled plans to build an assembly facility in California. This makes us wonder if the site in Nevada will soon fall to the same fate.