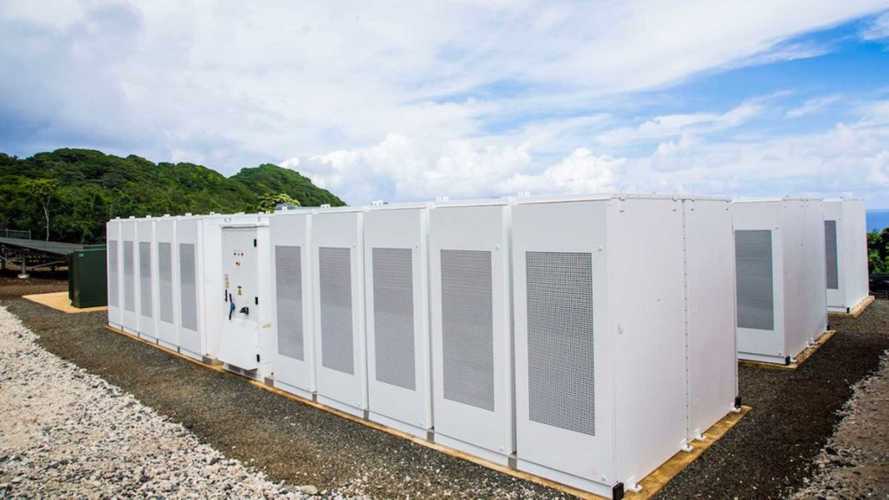 *The Tesla Energy segment begins around the 19:15 mark.

Hawaii is one of the most expensive energy markets in the United States, and the state's governor, David Ige, is tackling the problem head on. Currently, Hawaii still relies on fossil fuels (which are 100 percent imported) to cover about 90 percent of its energy needs. But the state starting working toward changing this years ago. Ige said:

“We believe that a future based on clean energy would certainly be brighter than one built on fossil fuels.”

Importing billions of dollar in energy each year means that consumer pay upwards of $600 a month for their energy needs. Hawaii aims to make 100 percent of its energy locally by 2045, all in the form of renewables. It's a substantial investment for Hawaii, and it will take many years to see the cost savings, but it makes sense due to the state's situation. JB Straubel told VICE News (via Teslarati):

“There’s a lot of existing investments in big utilities and that is one of the challenges with changing things quickly is that people have made large investments that need to be recovered for many, many years.”

“Hawaii is a great example of having an abundance of solar power and also, having fairly dirty existing electricity generation. So we can come in and economically substitute out oil burning generators with solar power.”

One of the most substantial steps thus far is the island state's installation of a massive solar energy plant on Kauai. Tesla installed a similar system on the island of Ta'u in American Samoa, as well as Ocracoke Island, in the Outer Banks of North Carolina. Tesla is also seeking other opportunities in Hawaii, Australia, and similar geographic regions. However, Governor Ige did say that Hawaii is aiming to split its energy investments between various companies, and has no plans to rely solely on Tesla.

VICE News reports on Hawaii's ambitious goals for energy independence, and how Tesla's new solar facility fits into those plans. Russia's radioactive past is still haunting its citizens and an interview with legendary former attorney F. Lee Bailey about the Bill Cosby case.