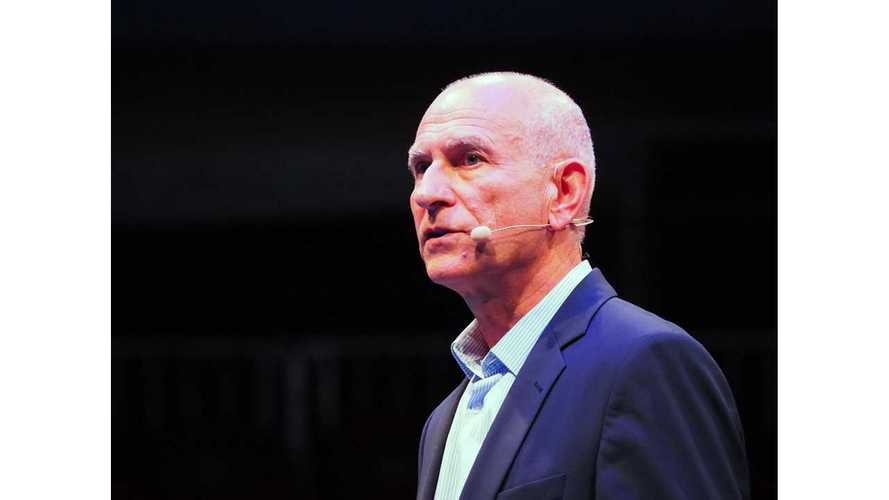 Sometimes, applause can tell you a lot.

I've been to a fair number of green car conferences in my day. They're always interesting (to someone like me, anyway), but they're rarely exciting. The kind of exciting that gets people to cheer loudly. But that's what happened at the Movin'On sustainable mobility conference in Montreal this morning. We've already seen a lot of impassioned responses to President Trump pulling the U.S. out of the Paris agreement on combating climate change, but when the mayor of Montreal, Denis Coderre, said, "We believe that climate change exists," and "We're not building walls, we're building bridges," the place erupted.

Without mentioning the U.S. president by name, Coderre was obviously referring to Trump's and, likely, his recent decision to pull the U.S. out of the Paris climate change accord. This conference is full of people from government and the private sector who are working hard to combat climate change in various ways, so it's no surprise that they are in favor of the Paris accord.

No one was more in favor, though, than Patrick Oliva, a long-time Michelin executive (he is no longer with the company) and a co-founder of the Paris Process on Mobility and Climate (PPMC). Oliva said he has three convictions when it comes to sustainable transportation and the Paris agreement. First, it is a "real opportunity" for the the world to make positive changes over the next 40 years. Second, implementing the Paris agreement will benefit not only people and the environment, but also business and governments. Third, market forces alone will not be enough to restructure transportation. "If we really want the next forty years to be successful," he said, we need well thought-out plans. “Otherwise it will not take place and it will be extremely costly.” Oliva also said that a new Transport Decarbonization Alliance will be launched at COP23, the next major climate change conference, which takes place later this year in Bonn, Germany.

Later in the day, Shigemoto Kajihara, Japan's vice minister for Global Environmental Affairs, said that it was "very regrettable" that the U.S. left the Paris accord, but he was relieved by the numerous "strong voices" of other governmental leaders and corporate entities who said they would stand by the agreement.

Many strong and negative things have been said about Trump’s decision to pull the U.S. out of the Paris, from simple bad judgment to an “international disgrace.” The good news, if you agree that stepping back from the global climate change agreement is a bad idea, is that there are some car companies that believe in the Paris deal, and you can find them listed at We Are Still In. Launched in response to Trump’s decision, this is a website for “companies, investors, mayors and governors” as well as colleges and universities to say that they will – independent of the federal government – stand by the Paris agreement, as it pertains to their particular organization. There are a few automotive and transportation companies on the list, including Lyft, Uber and Oberon Fuels. There are also two automaker that has signed on, and we’ll let you guess who they are. Tesla might be the gimme answer since CEO Elon Musk publicly broke with the President over the issue, but the other might surprise you: Volvo. Both Ford and GM have made statements against Trump’s actions, but have not signed on to We Are Still In.