Mitsubishi Again Promises Looming Launch Of Outlander PHEV In U.S., Fool Me Once... 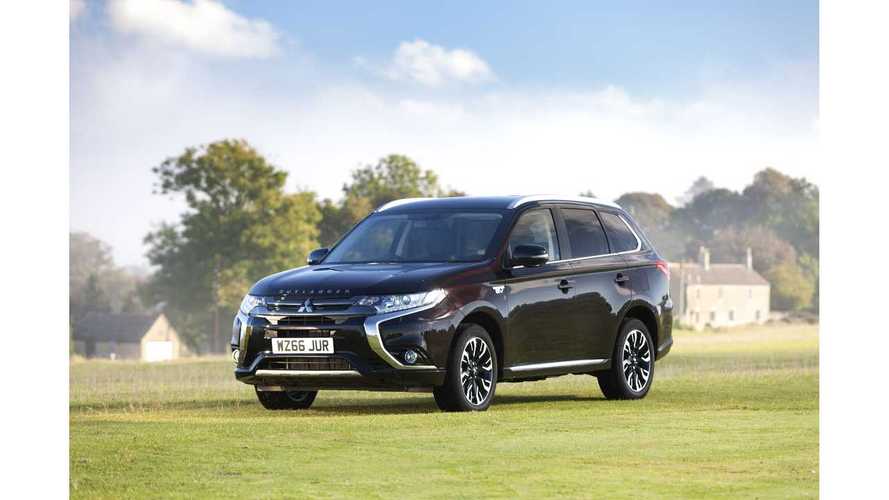 According to Nikkei, Mitsubishi once again hints at the introduction of Outlander PHEV in the North America, which hasn't happened roughly seven times so far (counting all the delays and missed promised launches).

Check out the most recent promised date of "Summer 2017" in the US set to be missed soon.  Boy, that 11 months went by fast didn't it Mitsu?

With the huge decrease in PHEV sales in the Netherlands ,and worsened PHEV tax conditions in UK,  the pressure is likely being felt on Outlander PHEV sales in Europe, enough to start looking around for a new market - perhaps the US finally?

One of those first new markets becomes the Ukraine, where Mitsubishi already delivered 635 Outlander PHEVs to the police fleet, so why not offer it to the public too we suppose?

Hopefully Mitsubishi, now with the help of Nissan, will finally be able to begin sales of the Outlander PHEV in the U.S. Regardless, the chance of spectacular success has been missed as many customers disappointed by years of waiting for Japanese plug-in hybrid SUV have moved on,while more offerings have arrived (it ain't 2013 anymore).

Editor's note:  Yes, we are a bit pessimistic on the launch of the Outlander PHEV, but no we don't dislike the offer - we are just jealous it has yet to arrive in North America...affordable plug-in hybrid SUVs are a bit rare in America to say the least