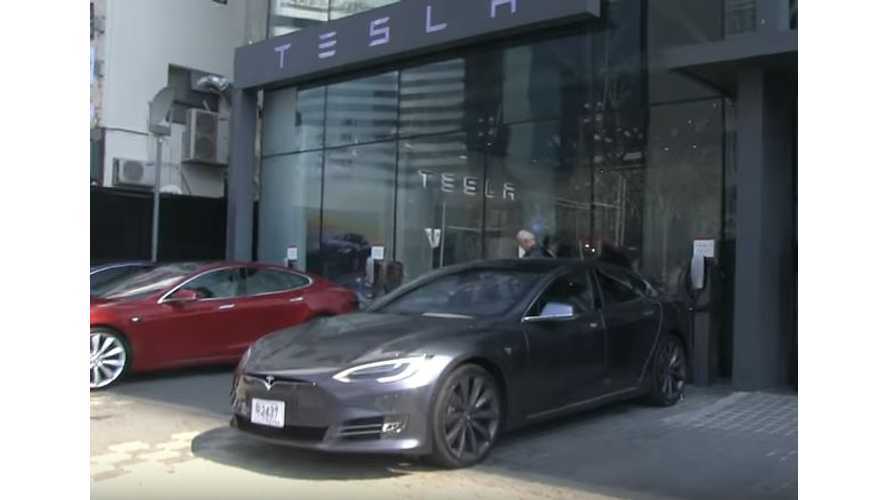 Store #1 is inside the Starfield Hanam, a shopping mall located in Gyeonggi Province, while store #2 is the one visited by Bjorn Nyland in this video.

"I visited Gangnam district in Seoul to see one of two recently opened Tesla stores. There were only Model S 90D for display and test drives. Hopefully they will get some Model X over there to really attract more attention."

As we have noted in the past, booking a test drive for a Model S in South Korea means that you'll likely land yourself on a six-month waiting list due to the popularity of the electric car.