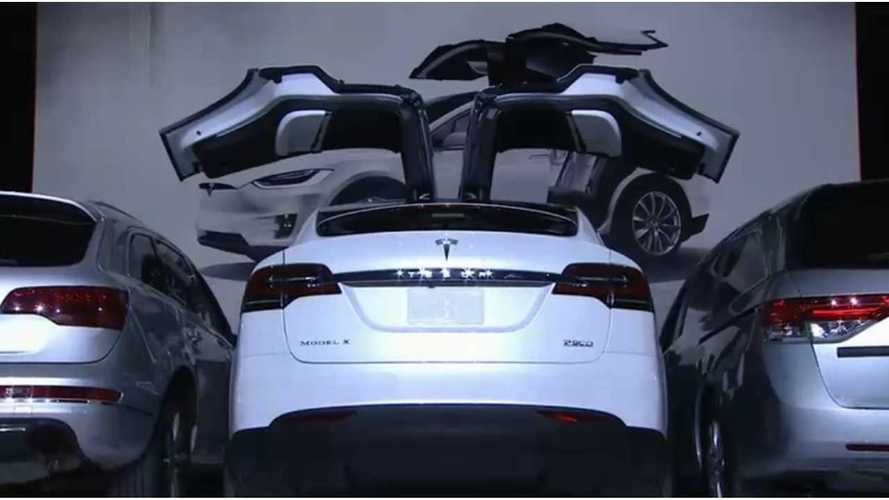 Of course, when someone has a problem and shares it on social media, Tesla is super quick to respond, but this particular response came directly from Tesla’s President of Global Sales and Service.

This is not the first time that Jon McNeill took care of a customer issue himself. Tesla is still comparatively small, and that means that the automaker's CEO and top execs can keep an eye on social media and take care of issues before they blow up. Let's hope that as Tesla grows, the company is still able to provide this type of exclusive "mom and pop shop" service, at least on some level.

A Tesla Model X owner posting on Reddit as myteslastory, has not been very happy with his Model X. In fact, he has been so bothered by the numerous issues that he hoped to invoke the California Lemon Law to return the vehicle. The final straw occurred recently, when one of the Falcon wing doors opened on the freeway. Even worse, his child was in the seat next to the open door. He posted:

“My Model X 90D Driver Side Falcon door opened on Freeway driving 65mph with my 6 y.o. sitting next to it.”

He asked the Reddit community for advice on how he should appropriately handle the situation. Keep in mind that this is a vast network of more than 100,000 Tesla owners. He was hoping for opinions on the best way to share the story so that the automaker would fix the safety issue, and accept his vehicle as a return.

Many people responded to the myteslastory post, but only one could truly help. Tesla’s President of Global Sales and Service, Jon McNeill, replied promptly:

“I’m head of sales and service at Tesla and want to help with your situation. Please send me your VIN# — you can direct message me on Twitter (@jonmcneill), or on the Tesla Motors Club forum at JonMc.”

McNeill was touted in the media on another occasion when he helped a customer with a problem related to power loss on a Model S. It's not uncommon to see Tesla execs chiming in on the Tesla Motors Club forum and Reddit, even in more casual conversations, and you can almost bet money that if you bring up an honest and verifiable problem on Twitter, CEO Elon Musk will address it firsthand.

Due to McNeill's fast interaction, and other similar communications in the past, Tesla has been able to avoid negative press, and has at times received compliments for acting so rapidly. If McNeill had overlooked the post, the myteslastory poster would have likely gone to greater lengths to use the lemon law to return his Model X.