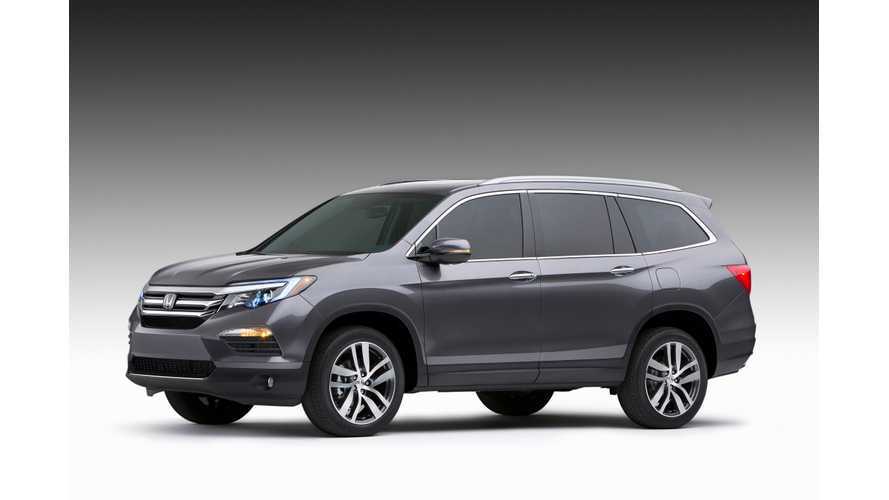 Honda has made it known that it has no intention of offering a long-range electric Clarity, but that doesn't mean the automaker will totally ignore the market for long-range BEVs.

The Honda Clarity, currently only offered as a fuel cell vehicle, will also be offered as a plug-in electric vehicle in 2018

Though intent on offering a Clarity BEV with just 80 miles of electric range, Honda says there's a chance the automaker could do a long-range BEV in something such as the Honda Pilot SUV.

Honda's previous Clarity comment on packaging, price, etc. was called into question by us when Honda's Steve Carter, vice president of environmental business development, made these rather absurd remarks:

A pillar of the Honda brand is affordability, and if Honda came out with some obscenely priced long-range electric car, what does that do for the brand?”

“These people want a battery car and they know what they do and where they go.”

“They’re very rational and they don’t need to lug around or charge up a 300-mile-range battery because that costs them electricity.”

Center has since sort of backed away from this and he now says that for Clarity, a long-range BEV doesn't make sense, but in a more expensive and larger package such as the Pilot, it might just work.

But this is the extent of Carter's comment on the matter:

Not all that convincing...but better than nothing.

Oh, but we do appreciate Carter's comment of FCEVs. Carter says that Honda only expects to lease some 50-6o Clarity fuel cell cars per month due to the limited refueling Infrastructure. Quoting Carter:

“You can’t flood the market – the fueling infrastructure can’t handle it."

Because 70 a month would apparently flood the market.