All Chrysler Pacifica Hybrids Recalled In US And Canada - Details 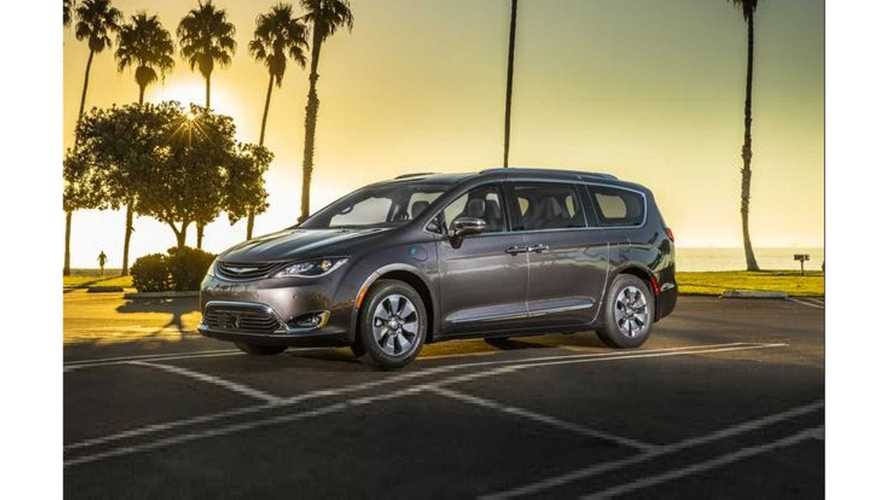 The Chrsyler Pacifca Hybrid minivan officially arrived on Earth Day 2017 (April 22nd, 2017)...and now will be revisiting the dealerships that sold them to repair diodes that lead to loss of propulsion

Talk to any customer who ordered a 33 mile, extended range Chrysler Pacifica Hybrid late last year,  and they will tell you it hasn't been the smoothest road to get their plug-in minivans.

2017 Chrysler Pacifica Hybrid's 6.6 kW charging ability is quite fast compared to other PHEV offerings in the US

Despite production starting in Windsor, Ontario in late November, there had been a few delays and quality control holds since, ones that caused the first real deliveries delayed until late April.

(sidenote:  at least we know the exact sales level for the plug-in minivan to date through mid-June)

The company notes feedback from a "small number" of customers leading to the discovery that certain diodes my stop functioning - which causes propulsion loss (which is kind of a problem).  We have heard incidental reports of that failure happening while the vehicle was in operation.

Thankfully, FCA says it is not aware of any related injuries or accidents as it relates to this issue. Affected owners of 2017 Chrysler Pacifica Hybrid minivans will be notified of the issue and to schedule service. For customers concerned today, Chrysler is reportedly offering loaners.

Concerned owners can also call Fiat's Customer Care Center at 800-853-1403 for further details.  On the ground reports point to a current halt in new Pacifica Hybrid sales at the moment while the logistics of this recall/repair is worked out.  Given the season, that is likely "it" for the 2017 model year.