Hong Kong Is The Latest Tesla Hotspot: Will It Last? 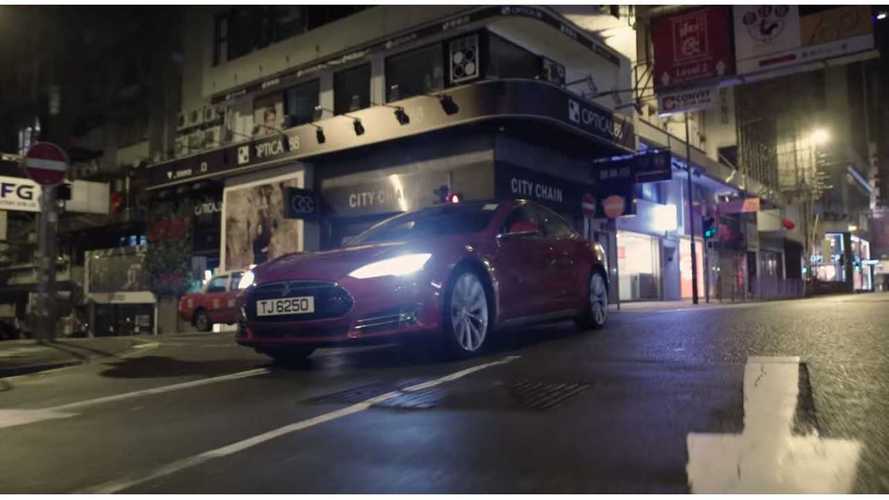 TESLA IS HUGE IN HONG KONG - FOR NOW

Hong Kong has become the latest Tesla hotspot. Of all the cars sold in the territory last year, nearly 7% were Teslas, according to Bloomberg. The brand totally dominates Hong Kong’s electric vehicle market - 87% of electric vehicles sold there in Q4 2016 were Teslas. Hong Kong loves Tesla, and Tesla loves Hong Kong, which accounts for about 6% of global Model S sales.

In January, Elon Musk called Hong Kong “a beacon city” for electric vehicles. The company is running a couple of promotions in June aimed at Hong Kong drivers - the “Drive to Believe” challenge lets a few selected potential customers test-drive a Tesla for a whole week. Those who have experienced electric driving share their experiences in a Tesla Tech Talk.

Visitors to the city can’t help but notice the widespread Teslafication. As Jose Pontes wrote on the EV Sales blog in May,

“Crossing the border from Shenzhen into Hong Kong is like leaving the alternate dimension that is the Chinese EV market... into some Tesla-addict reality, where Teslas were everywhere. And not just the older Model S, even the recently arrived Model X (P90D for the most part) was pretty common. Not even Oslo has so many Teslas per square kilometer.”

Tesla's Model S has become a ubiquitous Uber vehicle in the city.

“In 2016, Tesla was the third most popular car on the Uber platform in Hong Kong,” Kenneth She, General Manager of Uber Hong Kong, told Fortune. “Riders in Hong Kong love getting around in a Tesla, and Uber is happy to make that easy and affordable.”

Uber drivers seem to love them too. “I do it for fun,” said one Hong Kong Uber driver, who works the night shift after his kids go to bed. “I want to drive more but don’t want to pay that much. So I wanted an electric car.”

Why is Tesla such a big hit in Hong Kong? Several factors seem to be at work. For one, Hong Kong has the world’s highest gas prices - an average of $7.24 a gallon, according to GlobalPetrolPrices.com. And residents who want an electric car will find few other options, said Kenneth Ng, President of the Hong Kong Automobile Association.

“Major car dealers are still focused on importing cars with combustion engines - even if they have introduced, maybe, one electric car, the car is not a real to the Tesla S,” he told Fortune. Of course, buyers are also attracted to the “high horsepower” and trendy cachet, Ng added.

However, one of the reasons for Tesla’s success in the “fragrant harbor” has recently been eliminated. In an effort to combat congestion, the government recently reduced a long-standing tax waiver on EVs, which means that the tax on a Model S will rise by some 80%, from about HK$600,0000 (around $77,000 US) to nearly HK$1.1 million ($141,000).

“The tax concession has significantly diminished,” said Ng. “I believe that it will certainly affect the sales of electric cars, particularly those which are in the upper brackets.” Indeed, as Fortune reports, the latest registration figures from Hong Kong’s Transport Department show a huge decline in sales.

The new rules will raise the price of electric cars by at least 50 percent, said Mark Webb-Johnson, a Tesla owner and Chairman of advocacy group Charged Hong Kong. The Model S starting price will jump from HK$570,500 to HK$926,000. “It’s a dumb decision, a really crazy decision,” Webb-Johnson said.

Last fall, Tesla President Jon McNeill visited Hong Kong and discussed the necessity, locally, for zero emissions vehicles. “Here in Hong Kong, last year, about 122 people died in automobile accidents. Over 2,000 died of auto emissions-related lung cancer and lung disease. So, actually the tailpipe of the car is 25 times more lethal than the car itself.”