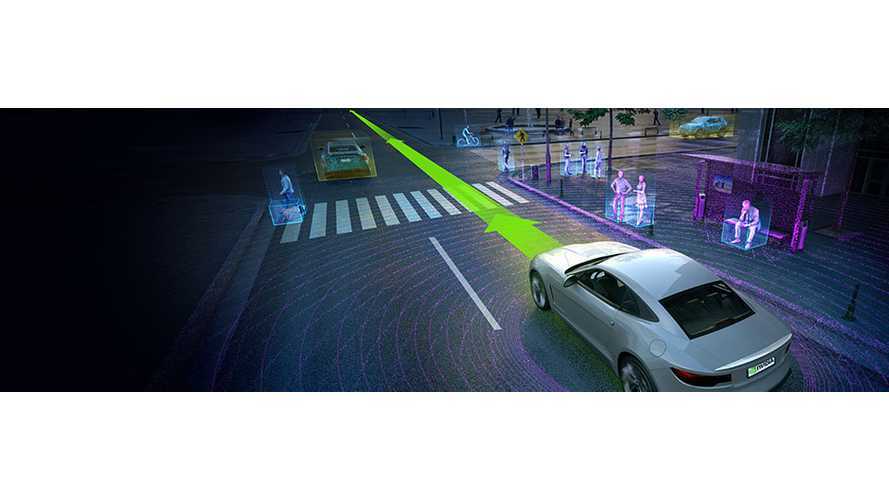 A few weeks ago in Berlin, at the Bosch Connected World conference, NVIDIA CEO Jen-Hsun Huang revealed that the company will officially partner with Bosch, to bring a self-driving supercomputer to market.

Neither company is a stranger to the concept or the technology. NVIDIA currently supplies Tesla with its autonomous supercomputer, for use in the Model S and X vehicles with Autopilot 2.0. It will also power the upcoming Tesla Model 3.

Bosch has shown Tesla prototypes with its technology in the past. Combining the forces of these two major players in the tech and auto industry shows major promise. Huang announced:

“I’m so proud to announce that the world’s leading tier-one automotive supplier — the only tier one that supports every car maker in the world — is building an AI car computer for the mass market. We’ve really supercharged our roadmap to autonomous vehicles. We’ve dedicated ourselves to build an end-to-end deep learning solution. Nearly everyone using deep learning is using our platform.”

This is likely meant to create healthy competition against Mobileye - Tesla's former Autopilot partner - which was just acquired by Intel, as part of a $15 billion deal.

Tesla is publicly known as the most forward and prepared company, when it comes the the installation and adoption of self-driving technology. CEO Elon Musk believes that, pending regulatory approval, we could see fully autonomous Tesla vehicles on the road as early as this year. Actually, all new Tesla already have the necessary hardware installed at production, however, the costly software will need to be installed upon lawmaker approval.

With all of this being said, ironically Bosch chief Volkmar Denner has his sights set on 2025 for mainstream adoption. But Huang is much more optimistic. He believes that though traditional automakers may still have years ahead of them in getting self-driving technology to the masses, chip companies like NVIDIA foresee a much faster timeline. He shared:

“In the near future, you’re going to see these schedules pull in.”

NVIDIA's platform is set to deliver level 4 autonomy, which means that the car can completely drive itself, however there is generally still a steering wheel and pedals, and a person can choose to control the vehicle. Level 4 autonomy doesn't handle every single driving scenario, but is coined "fully autonomous." The chip maker's advanced technology can deal with 30 trillion operations per second, while drawing minimal power (30 watts). According to Huang, NVIDIA is already at work with Audi, BMW, Ford, and Tesla. The tech group is also working closely with Uber, Baidu, and Waymo.

Huang hopes to have level 3 self-driving tech in place before the close of the year, and level 4 coming into play in 2018. BMW announced that it is aiming for Level 3 by 2021, with Level 4 and 5 to follow soon after.