Plug-In Vehicle Sales In France Grew By 20% In May. PHEVs Set A Record High 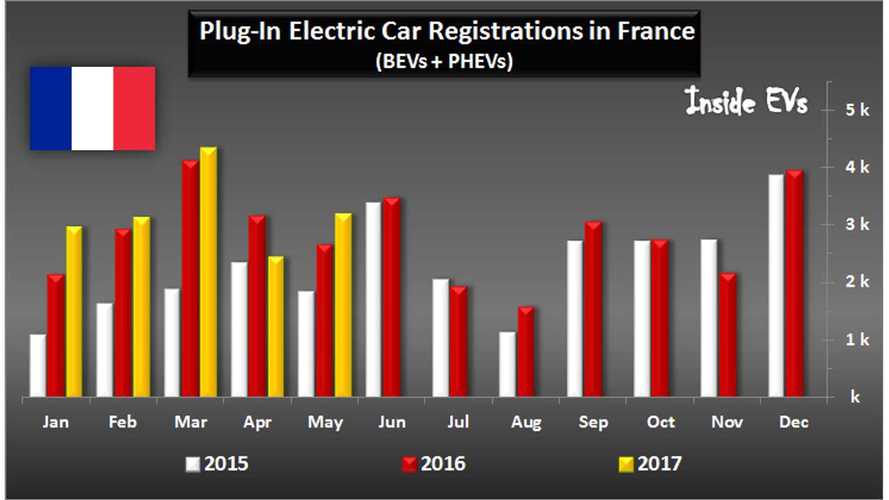 With 3,177 new deliveries, France increased its year-over-year plug-in electric car sales in May by 20%.

Interestingly, with the Renault ZOE having some issues bringing new stock to the people during the first half of the month,  the growth of all-electric cars was barely noticeable, as most of the heavily lifting in May was done by plug-in hybrids, which doubled, reaching a new high:

However, the Renault ZOE still lead the way (as always) with 1,230 new registrations, and grew faster than the market average, at 30%.

Historically, June has been a strong month in France, so we await one more push before the summer sales slowdown in France.

Plug-in car registrations in France – May 2017