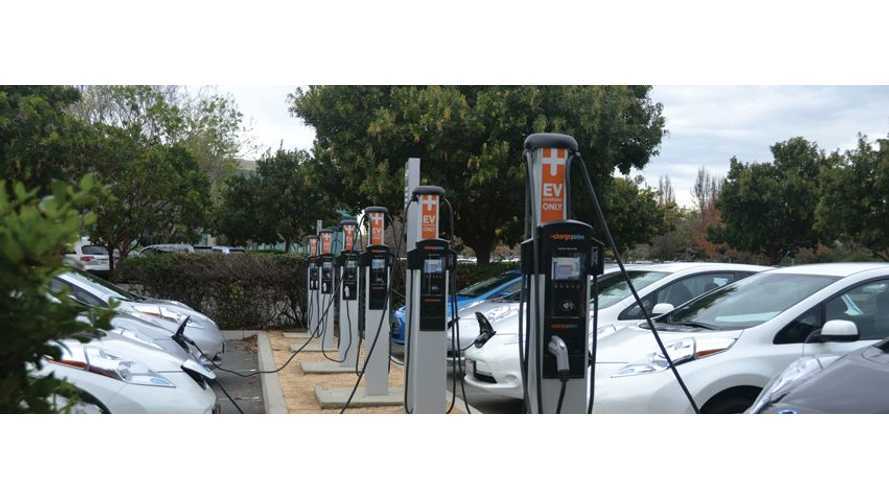 J.D. Power reminds us that electric cars and hybrids have always struggled, and despite recent successes, the general public is still not on board.

It's hard to get people to spend the extra thousands up front, to save later at the pump. In terms of hybrid models, it could take a car owner seven to twelve years to recoup the additional purchase price via fuel savings. Aside from the Toyota Prius, hybrid sales have been less than mildly successful.

A J.D. Power survey from back in 2011 showed that 48 percent of car buyers wouldn't consider a hybrid. At this point in time, prices were coming down, but it didn't matter. Somewhat surprisingly, the same survey performed today shows that 73 percent aren't interested (hopefully it's because they'd rather buy an EV), and hybrid car prices are even more competitive today, but they still cost more. As J.D. Power puts it:

"Sure, hybrids are “green” and contribute to reducing our dependence on foreign oil, but consumers believe the “green” in their wallets is more important."

"Let’s not ignore the fact that the internal combustion engine is more efficient than ever. One could spend $18,500 for a base Toyota Corolla which gets 31 miles per gallon (mpg) or about $25,000 to step into a base Toyota Prius with 52 mpg. It’s hard for many to justify that price differential. At 12,000 miles a year and $3 a gallon, it would take more than 12 years to recoup that difference."

How does this all correlate to fully electric vehicles?

The 2011 study found that 26 percent of consumers would consider an electric vehicle, but price was the number one deterrent. The more recent study should have shown a jump in this percentage, due to the fact that almost every automaker offers at least one plug-in model, and Tesla has been in the limelight with its electric cars as of late. Nonetheless, the percentage dropped to 13 percent. There's a twist, however.

The number one reason for lack of interest in all other surveys was related to the exorbitant sticker price of hybrid and plug-in vehicles. The recent study showed that today people are more concerned with "range anxiety" and most have never seen a charging station. About 60 percent of respondents said that they have never noticed a charging station near home or while traveling, and only 10 percent noticed them everyday.

In California the story is different though, right?

C'mon, of the 15,993 nationwide charging stations, the Golden State is home to one-quarter of them (according to estimates by the U.S. Department of Energy), and many people drive EVs. Nope, California residents seem to have not seen charging stations either???

A majority of buyers told J.D. Power that a car would have to have a minimum of 300 miles of range before they would buy one (in fact, many of these respondents figured that they required much more than 300 miles). This leaves them one choice in today's market, and it's surely not an affordable one; the Tesla Model S. Next in line is the Chevrolet Bolt, with a 238-mile range, which is well below the cut. The rest of the bunch of current EVs sit around 100-125 miles of range.

Speaking of Tesla, what does J.D. Power's data have to say about the esteemed Silicon Valley automaker?

"Their vehicles are sleek and sexy, and the driving range of the brand’s models seems to be growing. The hope is the new Model 3 will be a game changer when it comes out later this year as an affordable, effective electric vehicle. Shouldn’t innovation at that level create greater confidence for range-anxiety stricken buyers? Maybe, but 35% indicate that Tesla has not at all changed their perception of electric vehicle capabilities. In fact, the brand can be a bit polarizing. When typing “Tesla” into a Google search bar, the oh-so-helpful predictions include such listings as “Tesla Model 3,” “Tesla Fire” and “Tesla Workplace Conditions.” It can derail one’s research at work, that’s for sure."

With all of these negative survey results from J.D. Power, why are automakers electrifying in the first place?

The publication reminds us that it's because they have to. Automakers need to comply with fuel efficiency regulations, and even if they don't sell well, the EVs help car companies keep fleet average fuel economy figures compliant.

If fuel economy regulations go away will automakers cease to move forward?

J.D Power doesn't try to answer this question. But instead, the take is that no matter what happens, automakers must build vehicles that "customers want and are willing to pay for." The companies are simply wasting energy if they don't maintain this primary goal.