Plug-In Sales In France Increase By 7% In Febuary, Thanks Entirely To The Renault ZOE 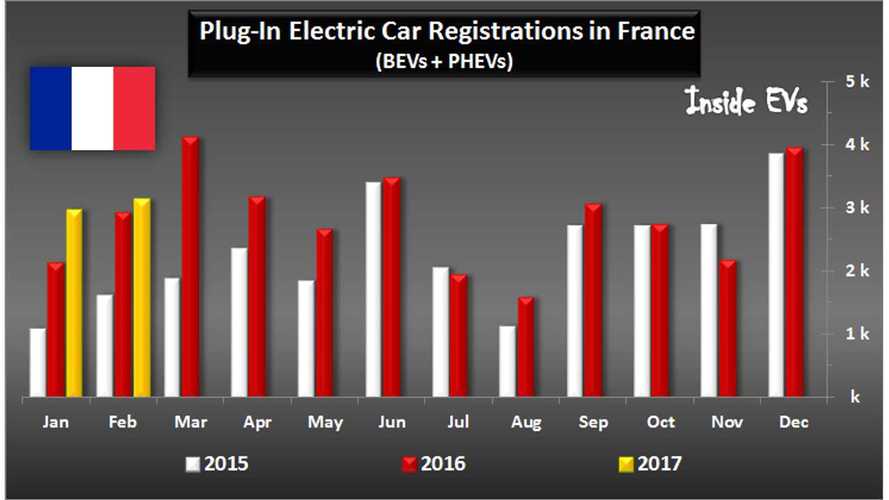 The growth would have be much higher, were it not for buyers of PHEVs and light commercial all-electric vehicles getting cold feet during February

ZOE also does well with the Renault CLIO (ICE) in France, which is the brother of the ZOE (and best selling car in France). With that said, sales are now just 5.5-times higher.

The Nissan LEAF also had good month with 277 registrations, while Tesla has yet to find a way to crack the French market, noting just 55 Model S and 12 Model X deliveries.

Top selling model stats for February are included on a list below.