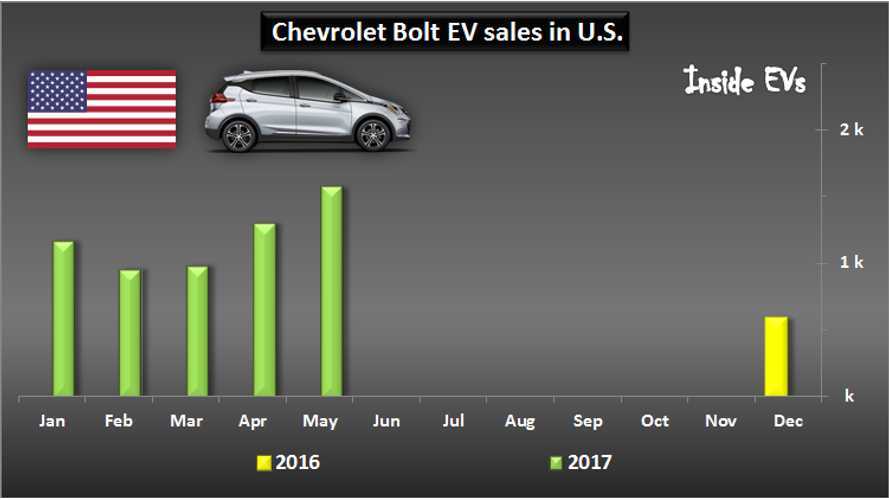 With last month's results added in, approximately 71,758 plug-ins have been sold through the first 5 months of 2017.

See full US plug-in sales report (including model-by-model results) for May here.

The Toyota Prius Prime was the best selling model for second consecutive month with 1,908 sales, while continued low stock (less than 10 days inventory on had during the month) suggests that still much higher results are in store for 2017.

Will the Prius Prime be the first plug-in (not named Tesla) to reach 4,000 sales in a month in the US this Fall?  It seems like a real possibility at this point.

As of May, the Prime took 19% of total Prius family sales, and has crossed the 10,000 mark since arriving in the US in mid-November.

Another heavyweight contender is the Chevrolet Bolt EV, which at 1,566 sales in May (with more than 4,000 cars in dealer stock over a dozen states) is perhaps is not quite shining as much as hoped, but is still a force to be reckoned with against its peers.

Here are the "Top 10" selling plug-in models after five months of this year: