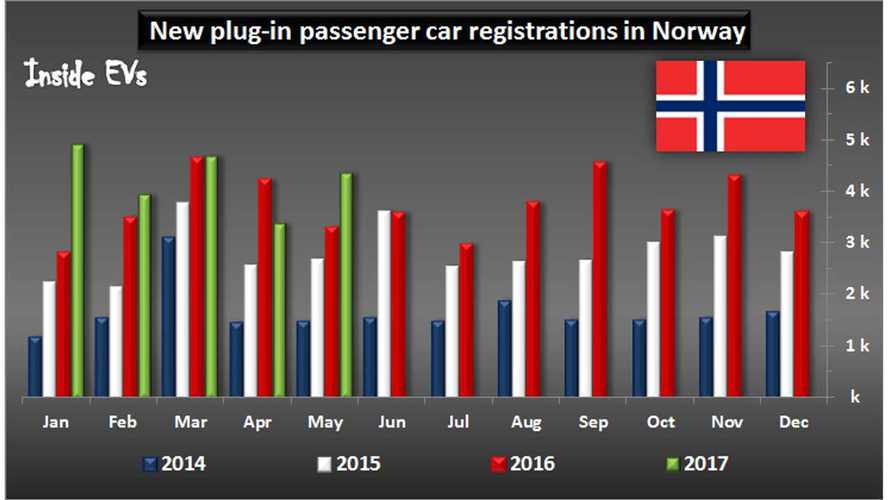 The highly anticipated Opel Ampera-e, which arrived in late May, had 230 new registrations (245 YTD), but we are not sure how many those were actual customer deliveries at this point.

Apparently some brake issues that interrupted Renault ZOE sales in April pushed into May, as just 108 new registrations were made last month.