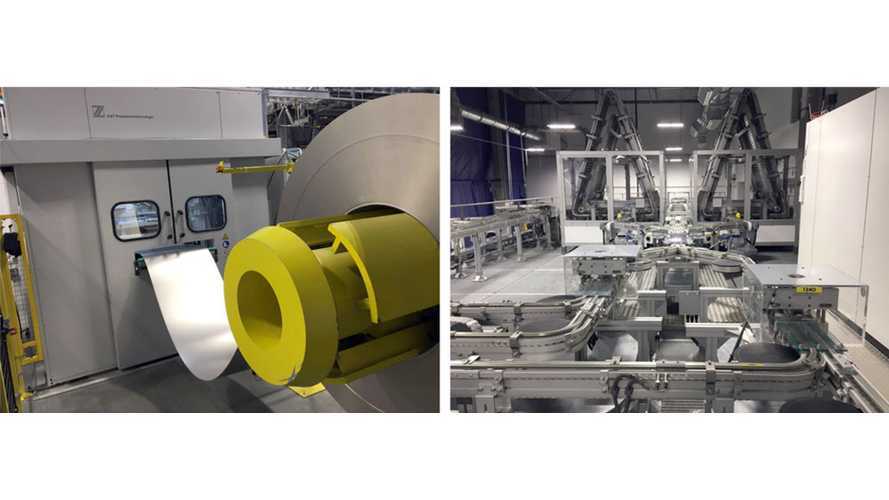 Via a Tesla supplier, we get a rare look inside the Gigafactory.

Heitkamp & Thumann Group’s H&T Battery Components is one of Tesla battery component suppliers. The company put out these two images from the production floor within the Gigafactory,

H&T Battery Components will eventually employ over 100 workers at the Gigafactory:

“Since 2016 the Group is investing significantly in self-developed proprietary production technology for H&T Nevada, creating more than 100 new jobs in Sparks.”

The company focuses on making the outer metal cell case for battery cells to be used the Tesla Energy products, as well as the Model 3 and eventually even the Model S & X when the transition to 2170 cells occurs later this year.

Earlier quick peak inside the Gigafactory