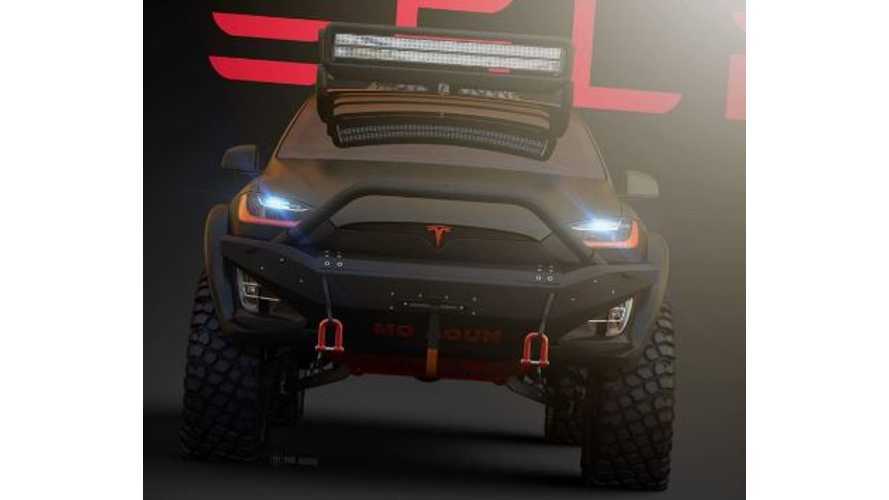 This macho beast of a Tesla Model X is ready to tackle the toughest terrain.

Mo Aoun is behind this render of an off-roading Tesla Model X.

"Mo was inspired to create the beast after talking with a friend about ideas on how to get a job working on the Forza Horizon game with 10 Turn Studios. He had previously experimented with “Frankensteining” an Audi R8 into an off-road vehicle which gained widespread exposure on the front page of Behance."

The render took some 9 hours in total to come to life. Aoun has spent 14 years of his life as an automotive designer of off-road vehicles, so he's experience in the field and his work here shows that he's got some serious skills.

The everyday Model X can venture off the tarmac a bit, though it's not really designed for rugged terrain, whereas this Tesla Mudder version clearly is.