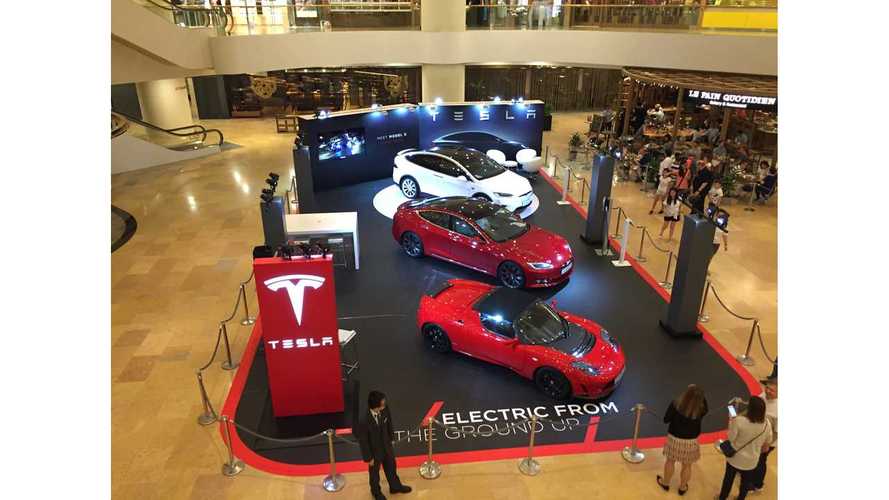 Tesla ranks No. 4 of all new companies on the Fortune 500 list.

It's a big year for the Fortune 500 list, with a total of 20 new companies. Of the 20 newbies, there are 100 year-old companies, brand-new startups, and everything in between. In terms of business type/model, the list of newcomers couldn't be more varied.

Some are simply the result of company splits, or spin offs of other companies previously on the list, but 15 are completely new. This also means that 15 companies have been removed from the list, or were acquired or combined, and now don't exist on the list as separate entries.

Model S and Model X at the factory in Fremont, California

This year, Fortune required a minimum of $5.1 billion in annual revenue to make the cut. According to the publication, Tesla's 2016 revenue was $7.1 billion (an increase of 73 percent year-over-year), putting it in the fourth slot among all new companies.

This is not to say that Tesla doesn't have a long way to go to contend with those that top the Fortune 500 list. The electric automaker sits at No. 383 on the list of 500, despite surpassing the current market cap of both Ford and General Motors. GM is No. 8 on Fortune's coveted list, trailed by Ford at No. 10. Remember that even though the electric carmaker has a higher market value than these traditional automakers, sales figures tell a completely different story.

Fortune journalist, Scott Cendrowski, points to the Silicon Valley automaker's recent growth in China as a substantial factor, which helped Tesla make the list this year. He estimates that Tesla sales in China could easily escalate to over 100,000 per year soon enough.