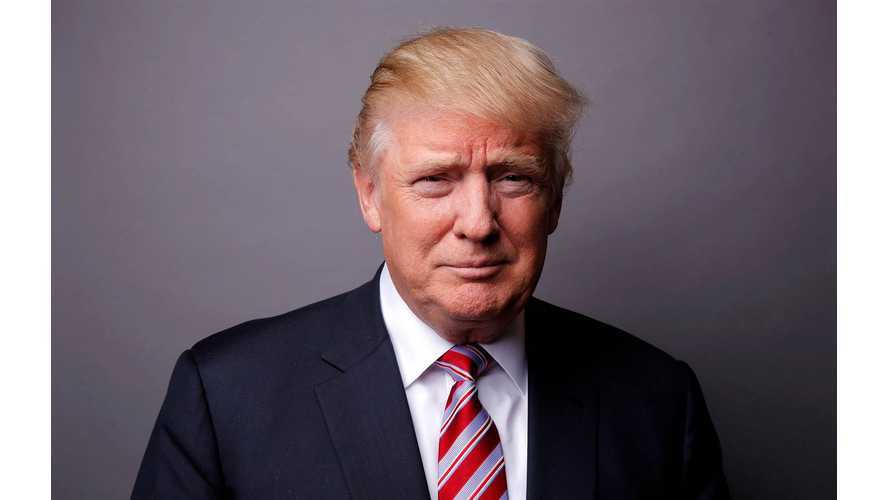 According to media reports, President Trump is set to tell automakers that his administration will review the EPA's fuel economy standards in 2018. Trump will be meeting with the auto workers and executives in Detroit today, and plans to tell them that the review next year will include their input.

The EPA fast-forwarded its review process in the final weeks of the Obama presidency, in order to "lock in" requirements that were previously, tentatively set for 2022-2025. Automakers were frustrated by the fact that the agency rushed its decision, and didn't include them.

The original timeline, set in 2011, allowed for the EPA to wait until as late as April of 2018, to complete a midterm review. Now, the group of automakers will have the opportunity to speak with new EPA head, Scott Pruitt, about their concerns. They argue that low gas prices have boosted demand and sales for SUVs and trucks, and that more stringent standards will create a loss of jobs.

The White House has made it clear that an additional review of the standards does not necessarily mean that they will be dialed back. Also, at this time, there are no immediate plans to go after the California Air Resources Board's (CARB) individual vehicle emissions rules. Mary Nichols, the CARB chairperson, believes that fuel economy standards could be improved to appease both sides. She shared:

“My goal is to bring permanent peace between California, Michigan and the rest of the country and have everybody working together toward strong fuel economy standards. That was the beauty of the process that President Obama established and the agreement that was reached.”

“We’re not going to refuse to participate in the newly-reopened review process. We’ll be there and we’ll be active.”

“We have the technical and legal ability to run a program that recognizes where electrification of vehicles is headed. We’re trying to put together a mix of incentives and regulations to move the entire industry in this direction. This is what we’re going to do.”

Michigan Democrat and former GM executive, Debbie Dingell, is hopeful. She believes that the review is not set to lessen the standards. Instead, it will give automakers and opportunity to put their heads together and come to a "fresh consensus."

Myron Ebell, a Trump transition team member agreed. He doesn't think that all automakers want to see the same changes:

“This is not coming from the auto industry, it’s coming from consumers and the auto dealers association. I don’t think the auto companies are united in what they want.”