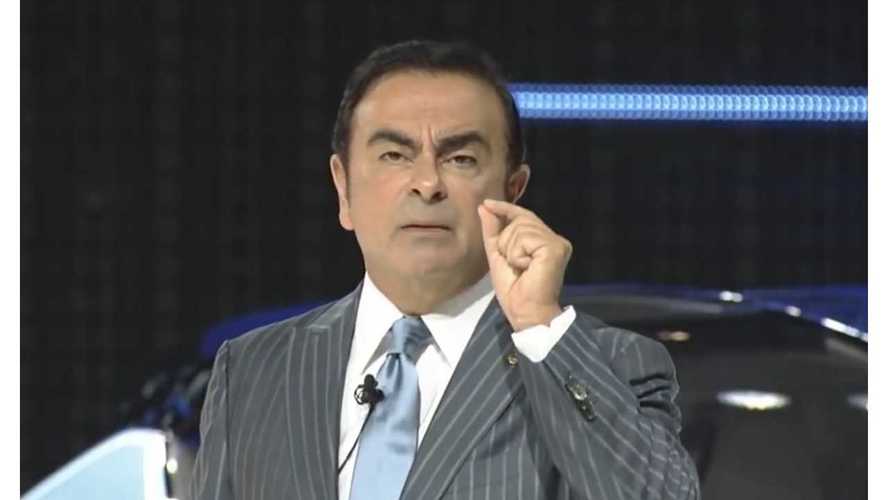 The electric car of today won't sell well if not for state and company subsidies, according to outspoken Renault-Nissan Alliance Chairman and CEO Carlos Ghosn.

Ghosn asserts that at this point in time there isn't significant enough demand for the electric car from private consumers to drive sales. He believes that the low volume EVs of today will only find success if there are government subsidies, and thus enabling future success down the road.  Ghosn shared:

“Electric car sales are not driven by consumer demand. Consumer demand is very limited for electric cars. are driven by emissions regulations, and by mainly state and company incentives, which is pushing the consumer to buy these types of cars."

Ghosn was speaking in general terms in regards to all areas globally, although he didn't make that abundantly clear. He did, however, reference China and the U.S. as examples:

“When you jump-start the sales, and you get the scale you need, then you can be on your own. That’s why the electric cars are mainly thriving in countries where the government is supporting the consumer: China, being the number one, the United States being the second one."

“In the United States you have not only federal support but you have state support, which is different from one state to the other. And we can see that the sales of electric cars is higher in states .”

Ghosn also pointed out that the United Kingdom, France, Germany, and Japan all have electric car subsidies in place. Though we see Australia as a very "green friendly" area, especially with news of solar-powered homes (likely linked heavily to the climate), Ghosn doesn't see EVs taking off there.

“I don’t think, today, that there is anything that would lead us to think that Australia is going to see electric cars . Usually electric cars take off when there is a country policy about supporting zero-emission transportation."

The outspoken CEO said that battery tech and pricing is just not where it needs to be yet. But, he did acknowledge that electric cars are simple, and can become highly competitive. Now though, it's just not "the thing to do" in most people's minds. He continued:

“Electric cars, by definition, are simpler to assemble: there is nothing expensive in the technology of electric cars – can be extremely competitive. But as long as electric cars represent less than half a percent of the total industry, it’s very difficult for them to compete against 99.5 per cent of the industry, which are internal-combustion engines."

The numbers don't lie. Ghosn is right to say that the electric car market is a "niche" market at the moment. People that truly want to help the environment may splurge, or those with enough extra cash to do so, but, in terms of the mass population, there's still a long way to go. He concluded:

“So unless you see a public policy saying ‘I favour zero-emission cars’, ‘I favour new technology cars’, which are usually the electric cars, and eventually plug-in hybrids … this is where many countries are giving a subsidy to the consumer to encourage him to buy these types of cars and at the same time they are supporting communities to develop charging infrastructure, because they know if there is not enough infrastructure there’s not enough take-up.”

“The subsidies are important to jump-start the technology."