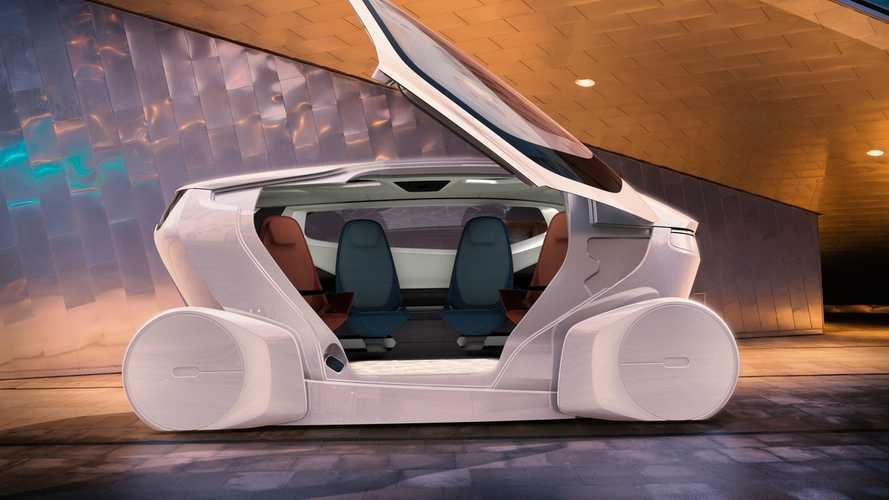 In a future very far away...

After introducing the 9-3 and 9-3X electric concepts, National Electric Vehicle Sweden has something new and very different to showcase. While the SAAB-based sedan and wagon will actually hit the tarmac very soon as production models, the InMotion has zero chances of reaching the assembly line, not even in a distant future.

Unveiled at CES Asia in Shanghai, the concept attempts to redefine the meaning of the word “car.” It’s actually more of a room on fully concealed wheels with a single gullwing door and entirely autonomous driving capabilities meeting Level 5 requirements. The InMotion is something you usually see in a Sci-Fi movie and comes with a flexible interior cabin configurable via a smartphone app to switch between the three seating arrangements: private, social, and meeting.

Thanks to what NEVS calls the “InMotion App,” the user can not only fiddle with the reclining seats, but also modify the ambient lighting and change the climate control settings. Like the aforementioned concepts, the new futuristic showcar is entirely electric, but NEVS is taking a step further by implementing wireless charging capabilities.

Interestingly, the InMotion is being envisioned as a way to provide flexible access to a car without actually having to buy it. NEVS sees a remote future in which people will share multiple types of vehicles, depending on their needs and preferences. That way, the amount of cars on our roads might decrease in the long run, while driverless tech would further optimize mobility by reducing congestion in and out of town. In NEVS’ vision, reducing the number of vehicles would also facilitate replacing some of the existing parking spaces with green areas to reduce pollution.

While the InMotion is too high-tech to actually be transformed into a production model, it does serve as an efficient tool to increase NEVS’ exposure now that the company is actually on the verge of launching production cars.