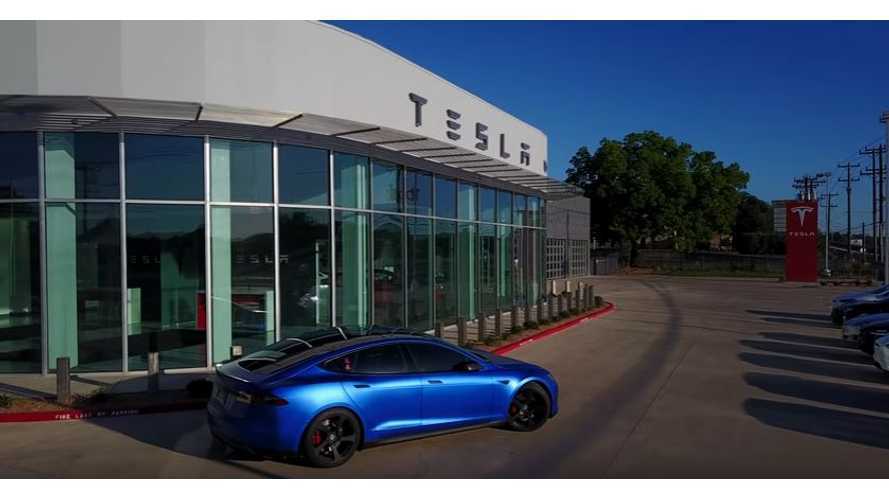 Yesterday, Tesla held its annual shareholder meeting at the the Computer History Museum in Mountain View, CA. As always, the shareholder meeting was chock full of important Tesla news. Elon Musk took the stage in good spirits. And although Musk spoke at length about the Model 3, he spent quite a bit of time discussing (in much more detail than quarterly earnings calls) his progress related to Tesla's forward-thinking Master Plan. Following is a recap of key takeaways from yesterday's shareholder meeting.

Tesla is "definitely" on track to begin Model 3 production in late July as Musk reiterated a fast-paced Model 3 ramp-up ahead. However, Musk noted that if you put a deposit down now, you'd likely wait until the end of next year before taking delivery. Tesla is seeing "more and more deposits every week" and he admitted that the Model 3 line isn't getting any shorter. In addition, Musk said you'll see more "used" Model S vehicles getting attention on Tesla's website. Anti-selling the Model 3 once again, Musk noted that you can already buy an older Model S for the price of a Model 3.

Tesla's Model 3 will first be available with a single motor, rear wheel drive option only. Musk said Tesla hopes to offer a dual-motor version "by late this year, but more likely next year." He noted that they're keeping configurations simple at the beginning. "Initially, the Model 3 configurator — it’s kind of going to be like what color do you want and what size of wheels do you want," Musk noted. He mentioned that newer options and a dual motor configurator will (likely) be forthcoming by the end of this year or early next year. Musk reiterated that the team is focused on getting the production ramp right — making sure that quality and safety are the top priorities.

Musk confirmed that a working prototype for Tesla's semi truck is scheduled to be revealed at the end of September. Production for the Tesla semi would be taking place in 18-24 months and Musk noted that trucking companies are already providing valuable input. Musk elaborated: “…we have shown it to a number of the organizations that buy heavy-duty trucking and they all love it. They just want to know how many can they buy and how soon.”And we are getting them (trucking companies) closely involved in the design process." He also teased that something else (unexpected) will be revealed at that time. “There is a few other things I haven’t mentioned here, I’m going to…I just like, really recommend showing up for the semi-truck unveiling,” he said.

The Tesla Model Y will not be derived from the Model 3 platform. It will be designed from the ground up to fit what it's supposed to be —no need to "shoehorn" something into an existing architecture that doesn't make sense. Musk also thinks demand for Model Y should exceed demand for Model 3. He said that “major manufacturing improvements” can be accomplished and that capital expenditures can decrease “by a factor of two” going from Model 3 to Model Y. How? He wants to simplify the Model Y's supply chain and minimize risk by buffering the parts. He noted that the Model Y will require a new plant as there's no longer room at the Fremont factory. Look for Model Y sometime in 2019.

When discussing Tesla's Gigafactory, Musk explained that it will produce the world's highest energy density batteries with the lowest cost per kilowatt hour — which is "a great position to be in" relative to other automakers and battery companies. This year, Tesla plans on three more Gigafactories to be announced. He emphasized that "there's no one else even attempting anything on this scale." Looking ahead, Musk predicted 10 - 20 Gigafactories in Tesla's future. To put this into some perspective, Musk noted on Twitter that the number of factories it would take to duplicate Ford's worldwide production of ~7 million vehicles annually would be just four to five.

A look at Tesla Gigafactory 1

With the added pressure of an accelerated Model 3 production ramp and the UAW breathing down his neck, Musk emphasized that factory safety remains a top priority. Tesla recently made the change to three shifts instead of two in order to alleviate long hours. In addition, Tesla is adding more emphasis on ergonomics and improved tooling. Musk noted that they're on track to be less than half the injury rate of any other auto factory. Musk is personally meeting with Tesla's safety team every week and he's actively working to have the best factory safety record in the world.

Musk announced that Tesla will start adding amenities to some of the more popular, busy supercharger stations. He also emphasized Tesla's shift to more supercharger installations in city locations — although these may have less power than that of typical off-the-highway superchargers. That said, it appears they're working to set up a new urban charging network. This year, Tesla is doubling the number of superchargers to 10,000. Next year, Musk forecasts at least a 50% increase in superchargers, or, a doubling of the network again. He reminded shareholders that there's simply no other fast-charging network in the world comparable to Tesla.

With news of AAA increasing premiums on Teslas, Musk said the simple solution is to change insurance providers. He said that based on Tesla's research, the average rate for insuring a Model S is actually 5% lower (on average) and with the right provider it could be 20-30% lower than comparable premium sedans. In any event, if this becomes an issue, it's likely Tesla could enter the insurance business itself according to past reports. After all, one of Tesla Autopilot's key features, Autosteer, has already been shown to decrease the accident rate by 40% according to the NHTSA.

With Trump's rejection of the Paris climate accord all over the news this past week, Musk took time to explain Tesla's trifecta of clean energy — solar, storage, and electric vehicles. He pointed to a recent case study (see below) and explained, "It's a fully contained energy solution that could scale for the whole world... There's an island in American Samoa that is totally off the grid. And continents are really just very big islands. So you can do this with a continent." Hint, hint.

At the meeting, shareholders gave Elon Musk a vote of confidence by rejecting a proposal to require a yearly election of board members. Board members currently serve three-year terms. Musk mocked calls for changes to Tesla’s board on Twitter in April, saying those complaining “should buy Ford stock. Their governance is amazing...” Since then, Musk has surpassed Ford's (and GM's) market value and continues to hit all-time highs on Wall Street. Musk also told shareholders that Tesla is interviewing independent director candidates and plans to add 2-3 new directors to the board "from a broad range of industries" in a month or two.

Musk said he splits at least 90% of his time between SpaceX and Tesla. He admitted more time was devoted to Tesla as it's a bit of a "drama magnet." The remainder of his work hours go to Neuralink (3-5%), The Boring Company and Open AI (each about 2% percent). How does he spend his time when he's not in the midst of working 100-hour weeks?  Musk explained, “I listen to music in the car.” He spent the weekend watching Wonder Woman with his children. What else? “Hang out with kids, see friends, normal stuff. Sometimes go crazy on Twitter.” So, why the crazy rants on Twitter? Musk joked, “You know... there’s a little red wine, a vintage record player, some ambien... magic. Magic happens.”