What To Make Of Tesla's Unique Market Cap 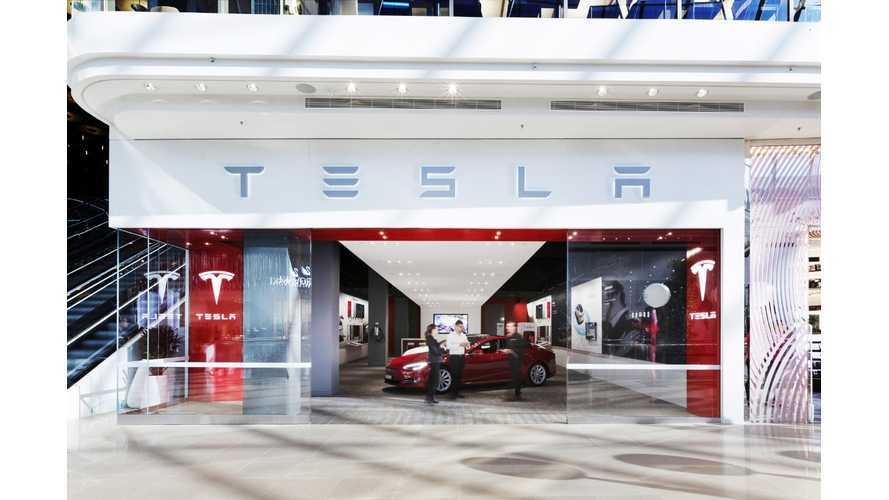 Stock market analysts have never known what to make of Tesla. On the day the stock went public in 2010 (the first IPO of an automaker since Ford in 1956) pundits on the stock-market shout shows were ridiculing the company, which was losing money and had sold only about a thousand cars. But Tesla surged over 40% on its first day, making it the second-best IPO of the year, and hasn’t looked back since.

Many traditional stock-watchers have trouble understanding Tesla’s products, and most are completely baffled by the movements of its stock. In their world, stock values are supposed to be determined by quarterly earnings and, except for a couple of quarters here and there, TSLA has consistently posted losses. The short interest (investors who are betting that the stock will go down) has always been sky-high (one can only imagine the fortunes that have been lost over the past 7 years).

Wall Street analysts disagree wildly about Tesla. At the moment, a roughly equal number have “buy,” “sell,” and “hold” ratings on TSLA shares. In recent weeks, the stock has had another of its not-uncommon mini-boom-bust cycles, soaring to near its all-time highs on news that Model 3 is firmly on the road to production, then falling again after a mixed earnings report. Yesterday it jumped again.

Market cap comparison as of March 3rd between Tesla, Ford, GM, Fiat-Chrysler, and Nissan; values are in billions of dollars (Source: CleanTechnica*)

One thing that truly does seem inexplicable: the fact that Tesla’s market capitalization has surpassed that of much larger companies such as Fiat Chrysler, Renault, Hyundai and Nissan, which are producing many times more vehicles (and golly, Nissan even has an EV!). In fact, Tesla, which sold just over 76,000 cars in 2016, has a market value not that much lower than that of giants GM (which sold 3 million vehicles in the US alone) and Ford (2.6 million).

Comparing market cap of both Tesla and Renault (Source: Quartz*)

The thing to remember is that stock prices never reflect the present, but rather a prediction of the future (by no means all investors are obsessed with the next quarter’s results). Electric and self-driving vehicles are the future, and Tesla is far ahead of any other automaker in both fields (how many of GM’s 3 million cars have anything like Autopilot?).

Comparing market cap of both Tesla and Suzuki (Source: Quartz*)

Many an internet company sees its stock price soar even as it burns through cash, because it is assembling a critical mass of “eyeballs” in some growing sector. Tesla is doing something similar in the auto game (and in solar energy, storage, ridesharing, and...). Elon’s true believers are betting that by the time the gentlemen (and lady) in the huge black SUVs figure out what’s going on, Tesla’s lead in technology, expertise and market share will be solid enough to withstand the worst they can unleash.

Comparing market cap of both Tesla and Peugeot (Source: Quartz*)

If the hopes of Tesla bulls seem irrational, so too do some of the hobbyhorses of the Tesla bears, in particular their insistence that Model 3 will be delayed, and that this will be a disaster for the company. As James Ayre of CleanTechnica* recently wrote, “in the imaginary world of finance...nothing seems to be correlated to what happens in the real world in any substantial way... Everything just seems to boil down to typical primate behavior: belief, projection, and dramatics.”

Comparing market cap of both Tesla and Hyundai (Source: Quartz*)

Mr. Ayre doesn’t believe that a Model 3 launch delay, if it happens, will amount to much more than an opportunity for traders to make money on a temporary dip in the stock price. “With the market share and customer goodwill that the company has built up to date (as a reminder, worldwide, not just in the US), expand rapidly over the coming years - and to conquer more and more of its competitors’ territory throughout the automotive, energy storage, solar, and on-demand taxi service sectors.”

Comparing market cap of Tesla and other competitors including Honda, Ford, GM, and BMW (Source: Quartz*)

Mr. Ayre and others of a bovine persuasion believe that Tesla’s stock will continue to rise, in irregular spurts, as traders make money on “the frantic groupthink fluctuations that see the herd stampede back and forth based on the appearance of truly minor events.” The long-term outlook is “pretty damn good.”