Everything You Ever Wanted To Know About A Tesla Vehicle 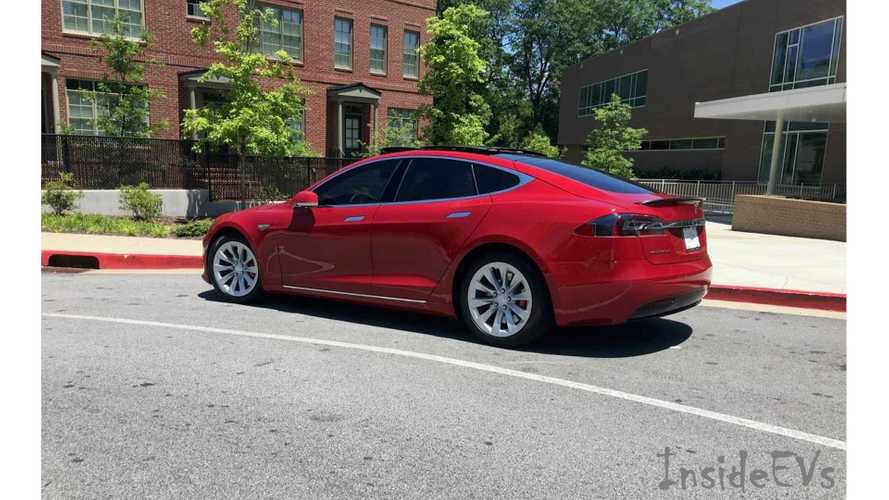 We Teslaphiles are familiar with the cool attributes of electric vehicles - the instant torque, the greater efficiency, the regenerative braking - but how many of us really understand how all that stuff works? Anyone who’d like a little deeper understanding of the workings of an electric powertrain, without going to school for engineering, would do well to watch “How does an Electric Car work?”

Part of Patreon’s Learn Engineering series of videos, this ten-minute powertrain primer is very accessible but surprisingly informative. It uses language simple enough for anyone to understand, but goes into considerable detail about the workings of an electric drivetrain, and how it differs from its internal-combustion counterpart. If you struggle to explain the advantages of going electric to your car guy friends, this would be a handy video to share with them.

Above: A quick, informative video tutorial on how the all-electric Tesla Model S is engineered (Youtube: Learn Engineering)

Using clear and effective animation, the presentation takes apart a Tesla Model S to demonstrate the workings of the induction motor (invented by Nikola Tesla, it inspired the company name), inverter, transmission, differential, battery pack and regenerative braking system. The general concepts discussed apply to any electric vehicle (EV), although there are some differences (for example, most other EVs use larger rectangular battery cells instead of cylindrical cells).

Tesla uses over 7,000 of Panasonic's cylindrical 18650 battery cells inside the floorpan of the Tesla Model S

There’s a detailed explanation of the differences between an electric motor and an internal-combustion engine (ICE). The latter is far more complicated - it requires a crankshaft with counterweights to translate the linear motion of the pistons into rotational motion, a flywheel to smooth power output, a DC motor for starting, an alternator to charge the battery, a cooling system, and a host of other gadgets that an electric motor doesn’t need. An induction motor, which produces direct rotational motion and uniform power output, is much smaller and lighter. Tesla’s induction motor puts out 270 kW of power and weighs 31.8 kg, whereas an ICE that produces 140 kW of power is going to weigh around 180 kg.

And of course, the ICE produces usable torque and power only within a limited range (typically 2,000-4,000 rpm), so it needs a complex transmission to connect it to the drive wheels. An induction motor is almost equally efficient from zero all the way up to around 18,000 rpm. Like most EVs, Model S uses a simple single-speed transmission. The induction motor’s smooth power curve, with no interruptions to shift gears, is what gives EVs their delightful performance.

EVs do have a few components that ICEs lack. An inverter is needed to convert the DC current from the battery pack to the 3-phase AC used by the motor. The inverter also controls the speed of the motor. Tesla’s ingenious battery pack uses around 7,000 little Panasonic cylindrical battery cells. This allows metallic tubes filled with glycol coolant to snake through the gaps between the cells, keeping the battery cool and extending its life. Battery packs are necessarily large and heavy. Tesla turned this into an advantage by making the pack flat and mounting it at the bottom of the chassis. This gives the vehicle a low center of gravity, which greatly improves handling, and avoids the need to cannibalize passenger and cargo space (a sore point with “non-native” EVs, those that were adapted from ICE vehicle designs).