Plug-In Vehicles Sales In UK Up 32% In May 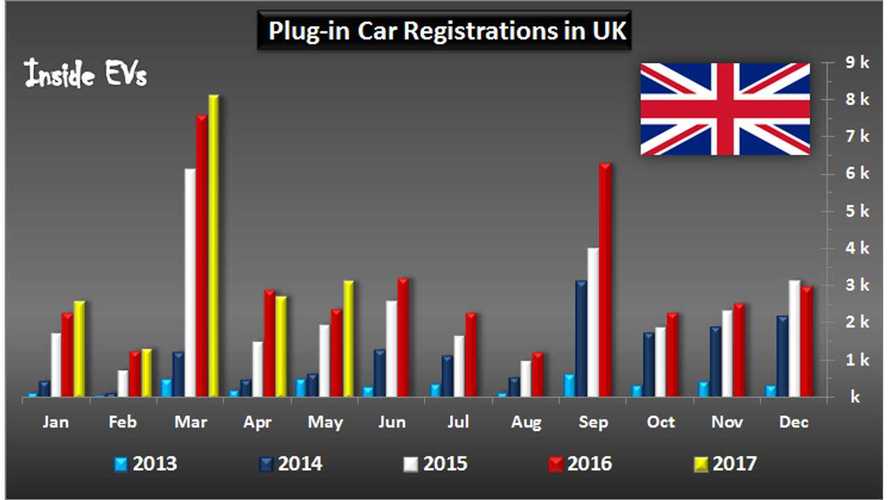 While the overall automotive market in UK shrank by 8.5% in May, ahead of June's general election, the plug-in segment of the market continued to move forward, noting a strong 32% increase year-over-year.

Total plug-in electrified sales in May amounted to 3,117 vehicles registered (17,904 YTD), which is one of the best ever results (that is, ex-annual March surges) in terms of market share at 1.67%.

All-electric offerings still only hold a third of the segment, but are now growing faster than their plug-in hybrid counterparts:

We don't yet know the individual model ranks; however, the new/longer ranged Renault ZOE ZE and reports of more RHD Tesla sales, likely accounted for the bulk of the all-electric sales.