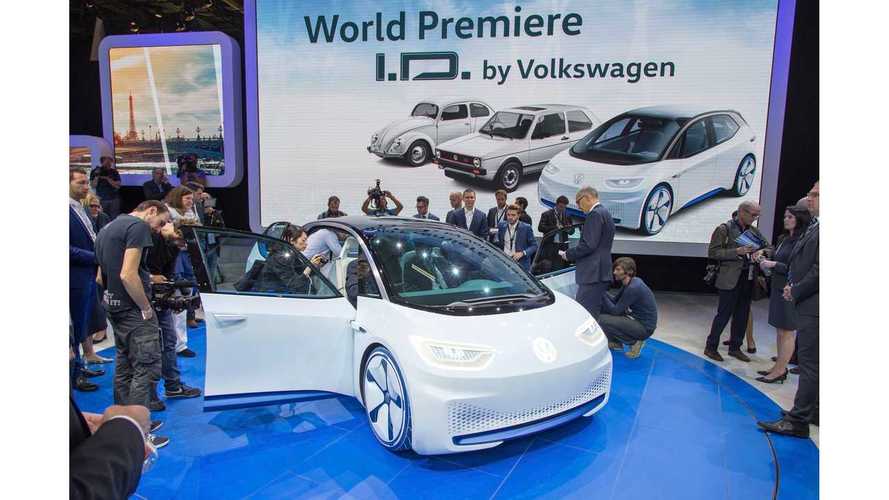 We reported awhile back that Volkswagen may be interested in having its own battery facility. Now, the world's largest automaker is moving forward, having chosen a location and already started hiring employees.

With VW's promise to produce an entire vehicle family of electric cars (initially coined I.D.), comprised of plans for about 30 new offerings, battery research and potential development is key.

The company has chosen to utilize its engine plant in Salzgitter, as the site for battery research and operations. Works councilor, Bernd Osterloh, told German media:

"We assume that the battery will account for 40 percent of the value of a car in the future. The question is whether we want to be completely dependent on manufacturers from Asia. I say that as unions and works councils, we do not want this at all. "

VW will be faced with the same decision plaguing most automakers that are venturing into electrification. Should they solely produce their own batteries for only their use, produce batteries with intent to supply internally and externally, outsource with one or multiple "Asian" battery makers, or initiate any combination of the latter concepts?

The automaker is in the midst of a substantial reform and conversion program, due to recovering from its "Dieselgate" emissions scandal. Profitability is of the utmost importance at this time. However, VW has made it clear that future development and sustainability is at the top of its radar. Executives will have to crunch numbers and make some key decisions regarding which direction is best for the entire Volkswagen Group, which includes brands such as Audi, Porsche, Bentley and so on. Battery research is the first of many steps in the process.