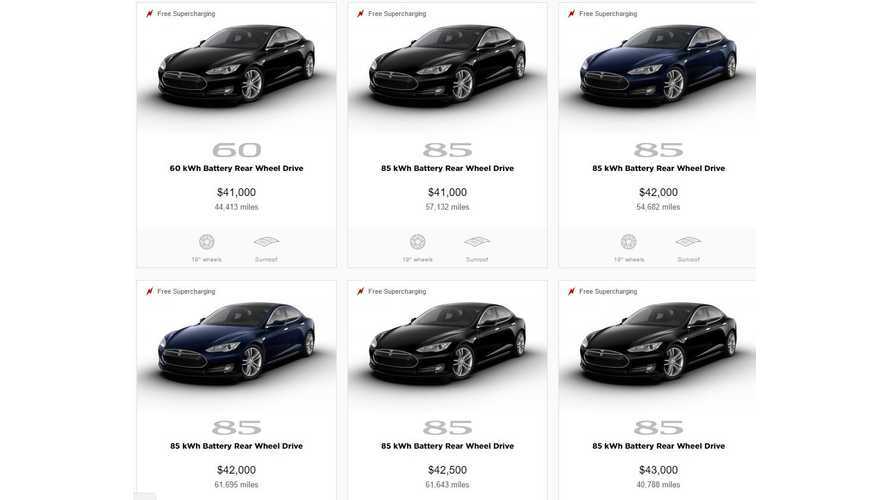 With the launch of the $35,000 Model 3 right around the corner, Tesla has updated its certified pre-owned program to include a warranty for higher mileage Model S EVs and is now listing cheaper used electric cars on its site.

Outlined by Tesla last week, a new warranty is being offered on higher mileage Teslas through its CPO program. The warranty includes a full inspection, any remaining battery and drivetrain coverage and a two-year, 100,000-mile (odometer) limited warranty along with 24-hour roadside assistance.

With the warranty in place, Tesla just posted an overload of higher mileage Model S EVs to its CPO site. The vehicle have been selling very quickly for prices that in some cases have been below $40,000.

Sure, you end up with a higher-mileage used car, but in most instances you'll still get a vehicle that's capable of outrunning a Model 3 and outlasting it in regards to electric range.

It's all part of Tesla's anti-sell-the-Model-3 campaign that's been pounded into our heads by the automaker and it CEO Elon Musk.

"...I should mention we are going to really give more prominence to used Teslas on our website. But we are not going to call it pre-owned. That is like a bogus name, that’s really BS -- it is used okay. Everyone knows that. Who are we fooling here?

So the used Tesla section of the website is going to get a lot more attention. Particularly if the car is 4 years old, it has got a lot of mileage, (then) you can buy a Model S for as much as a Model 3. It’s like, maybe somebody wants to buy a Model S for $35,000 or $40,000 and they can have that today.  Then when the Model 3 comes in, they can switch out to the Model 3 if they want.

As of press, Tesla's website is still full of "BS"...but we will forgive them because its a lot cheaper to get into a Model S now!

Of note:  the website address and title still notes the terminology "Pre-Owned"...despite the "bogus BS" name, perhaps the IT department has yet to catch up to CEO Musk's latest straight-shooting moment of truth.

Hit up this link to check out the used Tesla available on the automaker's pre-owned site. You'll be surprised by the fact that you'll find a P85 for approximately $44,000. We were.