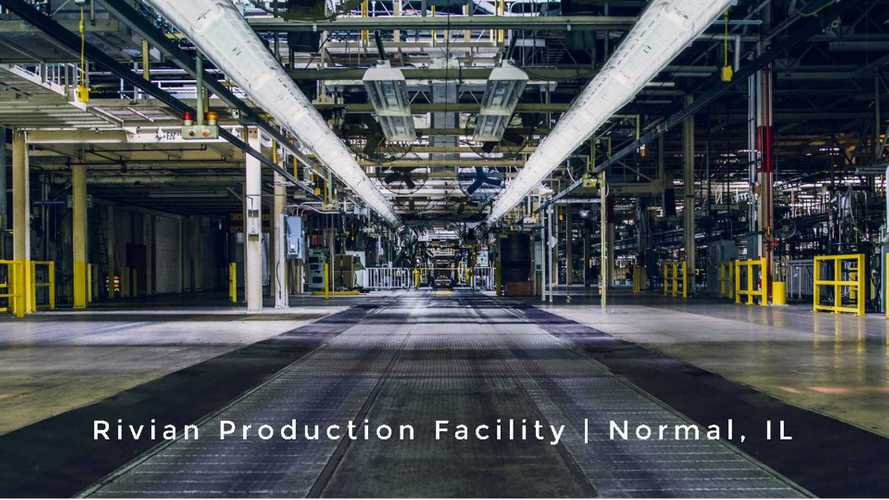 A few months back, we reported about the mystery electric vehicle start-up, Rivian Automotive, that purchased the former Mitsubishi factory in Normal, IL. The group had been working covertly for a number of years in Florida, and then California and Michigan. The deal went through and now the automaker will enjoy a substantial tax credit from the state of Illinois.

Yes ... it's a done deal and Rivian Automotive is ready to move forward.

According to the company, we could see a product as soon as 2020. While this may be a bit of a surprise, since there was no word about the start-up just a few months back, it may not be too far-fetched. The automaker has already been working out all of its preliminary processes for quite some time, and now the company owns a massive, equipped and functional auto plant.

The biggest hurdle for a start-up like Rivian, is funding. This week, the governor of Illinois, Bruce Rauner, presented Rivian with $49.5 million in state funded "Edge" tax credits. Edge is an acronym for “Economic Development for a Growing Economy.” As long as the new automaker sticks to the program's guidelines, the money is locked in. Essentially, Rivian has ten years to create 1,000 jobs, which seems like a small task.

Rauner sees an immense amount of promise in the company, and feels it will be an excellent addition to the Normal area, and the state as a whole. He is known for personally funding business ventures in the past, through an equity firm that he created. The group found much success, and secured assets adding up to over $11 billion. It is said that Rauner himself has a net worth of over $1 billion. He shared (via Teslarati):

“I’ve spent 45 minutes talking with RJ, talking strategy and product development and it’s incredible what he’s doing … We are hoping to move many of their people here in Illinois, we are working with them on that. ”

RJ Scaringe is Rivian's founder. He acquired a doctoral degree from the esteemed MIT, in its Sloan Automotive Laboratory program. Following in the footsteps of Tesla, and its NUMMI factory purchase, RJ and company bought the Mitsubishi plant back in January for $2 million, plus the cost of all of the included equipment. This will allow Rivian to get started at a much quicker pace, and to not have to deal with attempting to build a factory and purchase new equipment. RJ explained:

“It’s essentially a new plant; it was commissioned in 1990. Mitsubishi did a great job keeping up with all of the equipment and invested massively in the early 2000’s, so the robotics are all in great shape. The paint shop is in great shape, the stamping operation is incredible. So it really is a unique facility, with millions of dollars of equipment sitting inside of it. We are really lucky we have found it!”

Aside from the Illinois tax break, there is no official word on Rivian's funding, or board of directors. However, Antony Sheriff's LinkedIn, formerly the managing director at McLaren, shows that he is on the board of directors. Sheriff also serves in a similar capacity at Rimac Automotive.

We will continue to update on Rivian's progress, as new information becomes available.