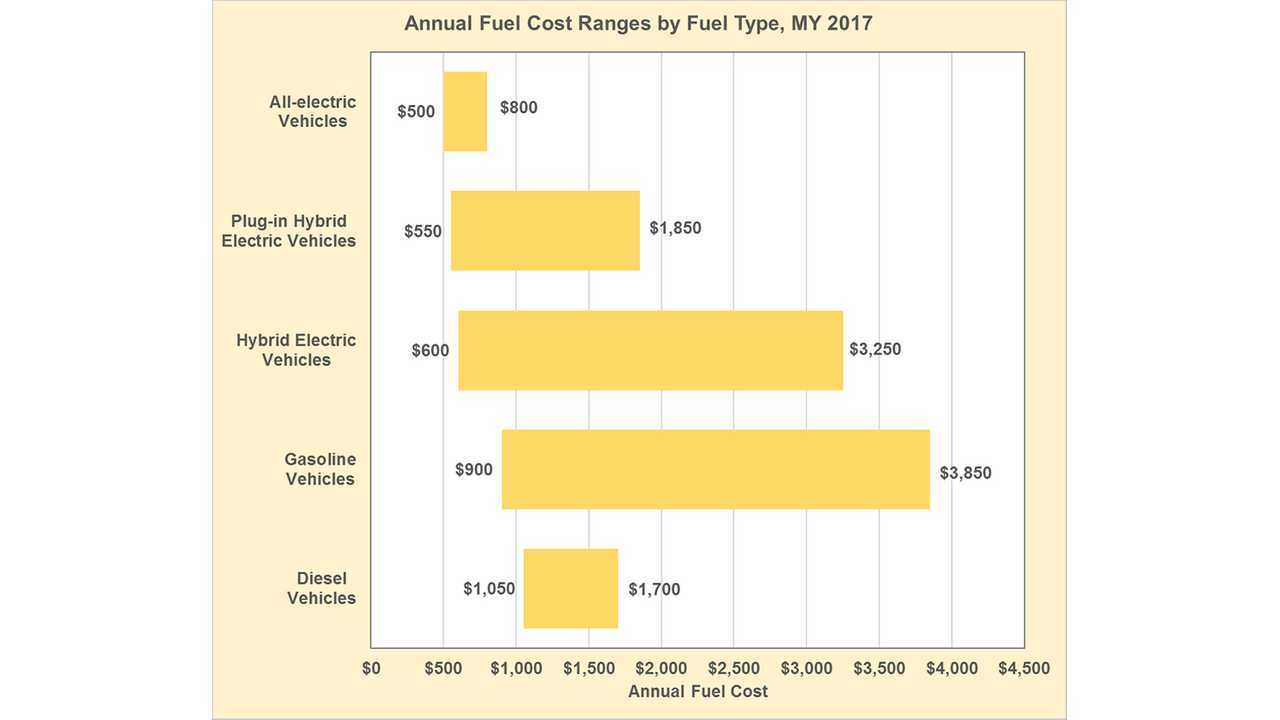 Using 15,000 miles (24,000 km) as a typical comparison mileage (55% city / 45% highway), plug-in vehicles are simply unbeatable.  The total fuel costrange for plug-in vehicles in America break down like this:

It's especially important to underline that this is one of the scenarios that savings are proportional to the driving distance and style of the EV owner...so there can be a lot of flex in the numbers.

The estimated annual fuel costs for model year (MY) 2017 all-electric vehicles is the lowest of all the different fuel types, ranging from a low of $500 to a high of $800 per year.

The annual fuel costs for plug-in hybrid electric vehicles (PHEV) are heavily influenced by the electric range of the vehicle.