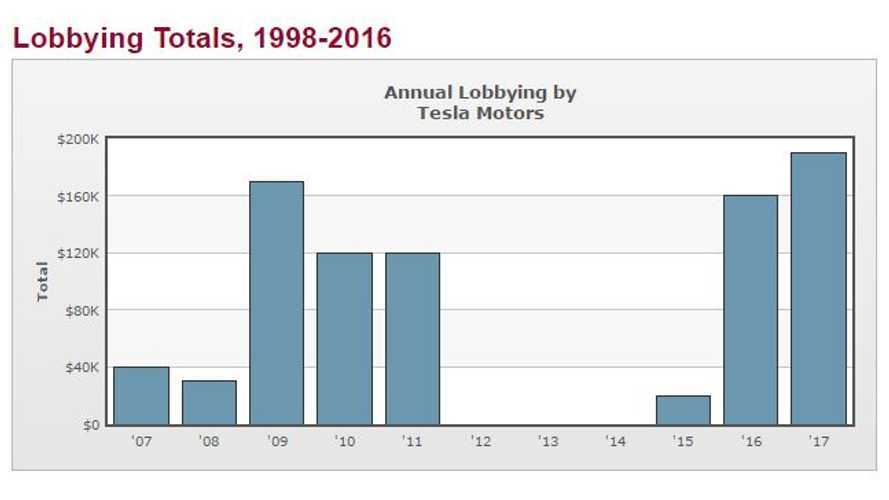 Pennies really, when compared to what some automakers spend.

Tesla CEO Elon Musk has long insisted that Tesla needs no subsidies to survive, provided that subsidies for Big Oil vanish too, but that doesn't mean that the automaker spends no money lobbying for subsidies.

"And I should perhaps touch again on this whole notion of—it's almost like over the years there's been all these sort of irritating articles like Tesla survives because of government subsidies and tax credits. It drives me crazy. Here's what those fools don't realize. If Tesla is not alone in the car industry, but all those things would be material if we were the only car company in existence. We are not. There are many car companies. What matters is whether we have a relative advantage in the market."

It's really just a few pennies here and a few there though.

Here's a look at where the money has gone in 2017 (other years can be found at source link below), according to Open Secrets: