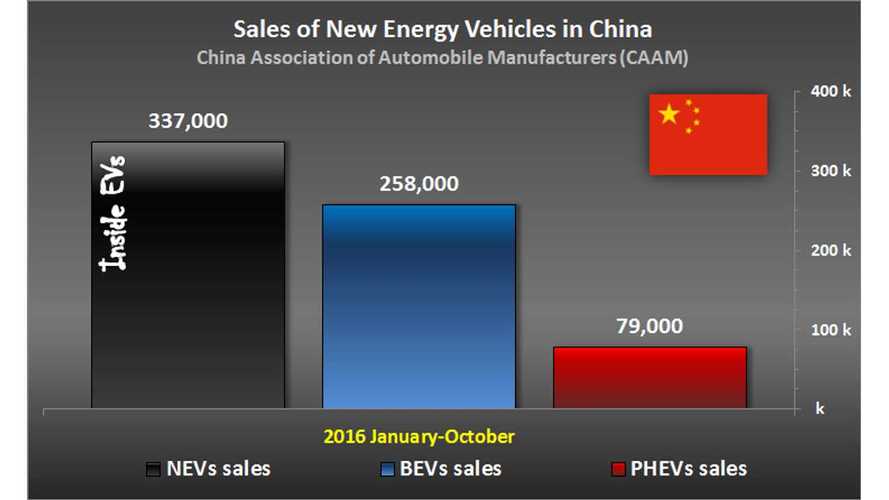 China's torrid sales growth in the electric vehicle segment faced some hiccups in January and February thanks to some bureaucratic red tape that saw no plug-in eligible for subsidies for ~7 weeks while waiting on a new approved OEM/model list.

Now with things are getting just on track, a return to a bleaker plug-in future may lie ahead.

"China may roll back electric car quotas as industry pushes back."

If followed through with, this is not-so-great news for electric car supporters, as China's recent electric vehicle surge was seen as a kinda of ground zero for the global electric car boom.

While the rollback is significant, the minimum EV adoption levels are still quite high compared to almost all other countries.

"If adopted, proposed changes under discussion could see a target of new energy vehicles (NEV) making up 8 percent of sales next year pushed to 2019, two auto executives said."

"The changes would lower targets from a draft policy released in September requiring 8 percent of automakers' sales to be battery electric or plug-in hybrid vehicles by 2018, rising to 10 percent in 2019 and 12 percent in 2020."

Despite smog issues that continue to plague several of China's largest cities, the government seems open to the idea of moving backwards. Even worse perhaps is that the Chinese automakers that had become so invested in green vehicles could pay the price, meaning that automakers such as BYD who bet heavily on the green car future could face unnecessary financial hardships.

All this comes at a time when we should be pushing forward more so now than ever.