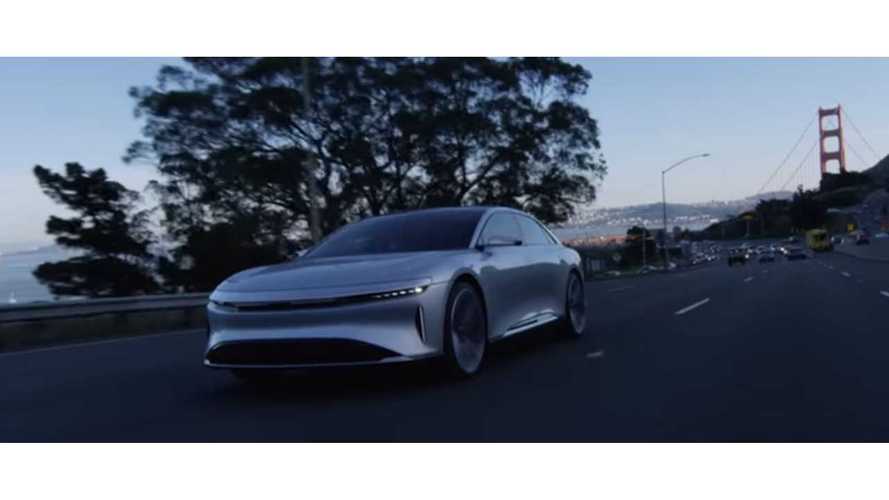 Unique would be perhaps the best word to describe the design of the Air. Yes, one would initially think that it's the best potential Tesla Model S competitor to date, but Lucid thinks otherwise. The Air, as we have shared before, goes above and beyond anything on the market today. This is especially true in the electric car segment.

While the Air has already proven itself as a performance monster, with loads of horsepower on tap, it's more about what's inside. This is much different from Tesla's vehicles, since many tout Tesla's performance, and then say that the interiors don't live up.

Despite the ultra-luxury concept associated with the Air, the company actually sees the vehicle as a multi-tier market competitor. Much like rooms in a hotel, consumers can chose from the presidential suite, a family suite, or a budget room with minimal accommodations.

Lucid is also aiming at the car-sharing market with the Lucid Air, and will eventually have autonomous driving in place. The wraparound dash displays, the center console infotainment system, and the virtual assistant are set to give the user a "full-service" experience.

What makes the Air most unique, however, is the substantial amount of space inside a small package. It's really not a big car (smaller than the Tesla Model S in exterior dimensions), yet you can lay the back seats down far enough to take a snooze. Lucid designed it for city dwellers that want high-end luxury and comfort, but don't really want to deal with a huge sedan. For these reasons, shared autonomous use is a given.

Lucid Motors is making electric cars, and they're chasing Tesla. But they're also trying to do something unique, designing a car from the ground-up made specifically for shared autonomous use.