London Proves To Be Too Congested For Autonomous Nissan LEAF 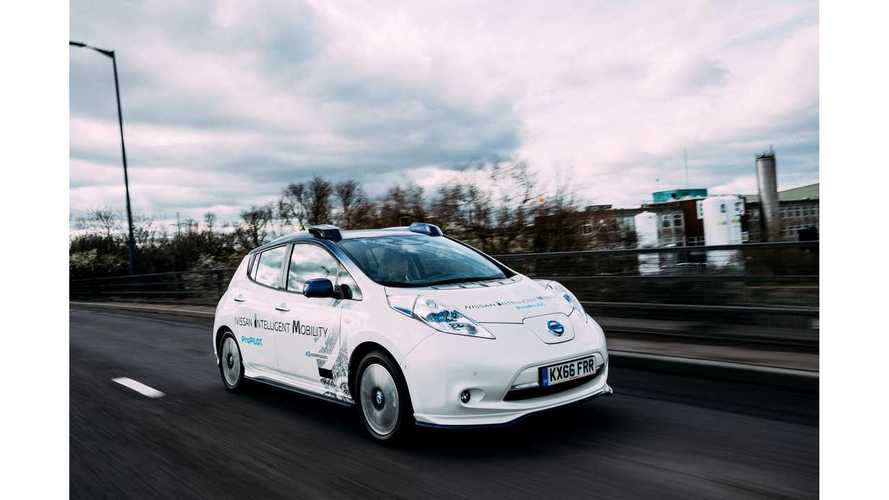 As we recently reported, the autonomous Nissan LEAF underwent its first on-road testing, aside from some preliminary trials in Japan.

The LEAF braved London streets with Tetsuya Iijima, Nissan’s global head of autonomous development, in the driver's seat. The Guardian had an opportunity to ride along in the passenger seat.

According to the publication, the autonomous Nissan LEAF "mostly" did just fine driving itself on London's busy city streets:

"The technology works – or it does with an attentive driver behind the wheel to slam on the brakes."

Though Iijima was in the car "just in case," and pulled out of the lot "hands and feet free," that didn't last long. Either London's streets are too busy, or Nissan has some more tweaking to do. Obviously, it's a bit of both, as this is a work in progress. Without the ability to test these vehicles in real-life situations on public roads, they would never be able to be truly ready.

Before the London event, Carlos Ghosn is given a ride in a autonomous LEAF prototype with Iijima.

Remember the fully self-driving Tesla Model X videos, and also those of the autonomous Chevrolet Bolt. These were often shot in "fast-forward," because not many people want to watch a car drive itself for ten minutes. In the speedy clips, there were times that you could notice false stops, hesitations, and near misses. If you slow those videos down, it is clear that the cars are a bit "unsure" at times, and err on the side of caution - which is a good thing.

The autonomous Nissan LEAF uses twelve cameras, four radars, and four lasers. In many situations, the LEAF fared well. However, there were multiple situations in which Iijima had to quickly grab the wheel, or hit the brakes. He said:

Like some of the other videos we have seen, the LEAF was equipped with a virtual map, views of the cameras, and a system that highlighted objects that were picked up by the car's lasers and radar. The car even has a voice that tells the driver what it's doing. Iijima explained that the systems are not really needed for the car to perform its magic, but rather, are there to comfort the driver and to establish greater trust.

The goal is that these vehicles will be able to command all roads by 2020, however, it may take longer for people to trust the vehicles. Nissan plans to showcase the cars as taxis at the 2020 Tokyo Olympics. But, there are many unanswered questions related to legislation and insurance. The technology should be ready, and provide a much safer environment than that of human drivers, but regulation will take longer than testing and technology.

Hayato Akizuki, a senior technology officer at Nissan, believes that it will be 2025 before autonomous cars become a regularity. Even by then, it may be more common to see the vehicles as taxis, and not so much in people's everyday cars. He shared:

“Technology-wise it is possible; it depends on the business case. People may not want a driverless car for themselves - but car-sharing or taxi firms could do.”