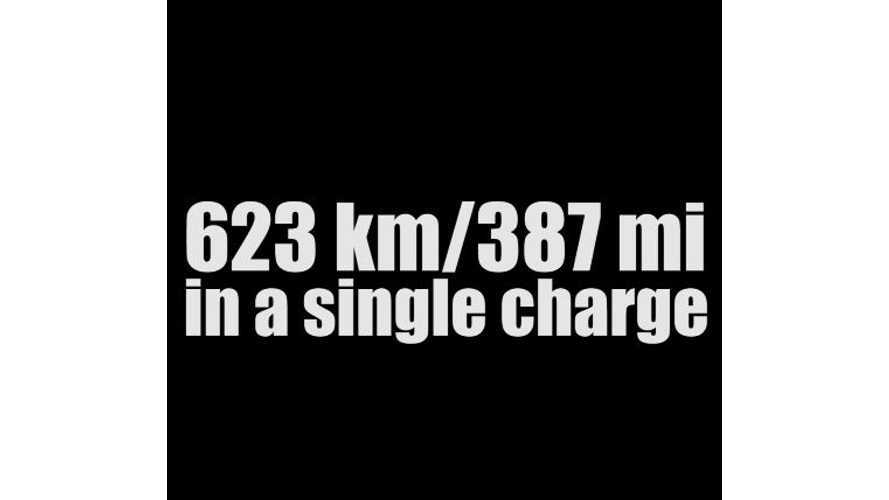 It's official range rating is 520 kilometers or 323 miles on the (very optimistic) NEDC cycle, but this one went 387 miles/623 km on a single charge.

The Opel Ampera-E, like its sibling the Chevrolet Bolt, is a long-range electric car, but who would've guessed it could go almost 400 miles on a single charge.

YouTuber Bjorn Nyland, while uttering his trademark quote (more than a few times), has hypermiled the Ampera-E to what's believed to be a record of 387 miles/623 km.

That's way more than the official EPA figure of 238 miles/383 km for the Bolt. And far beyond what Opel says you should expect.

"As of May 2017, this seems to be a new unofficial world record for the longest distance driven in a single charge for an Opel Ampera-e/Chevrolet Bolt EV. I did it in Hvide Sande, Denmark. Average consumption was 92 Wh/km. The speedometer showed 42 km/h. But the real speed was 39-40 km/h."

Now we're eager to see the first Chevy Bolt or Opel Ampera-E to crack past the 400-mile mark on a single charge. Surely it can be done...if not already.

Videos (below): Some long-version follow-ups by Bjorn on his Opel Ampera-E adventures.   If you have some extra time, why not check out an extended cut of his trip (first video), while the second video is some preparation work for the trip.  Enjoy!  (Hat tip to Jeff N in the comments), the third is the Bjorn's return ans some fast charging.

Bonus Video (below): Just today Bjorn has added a (more compact) video detailing some of the Ampera-E/Bolt EV's driver features.

"I show how the regen settings work, how awesome the one pedal driving is, how poor the turn radius is and show some of the nice safety features about this car."