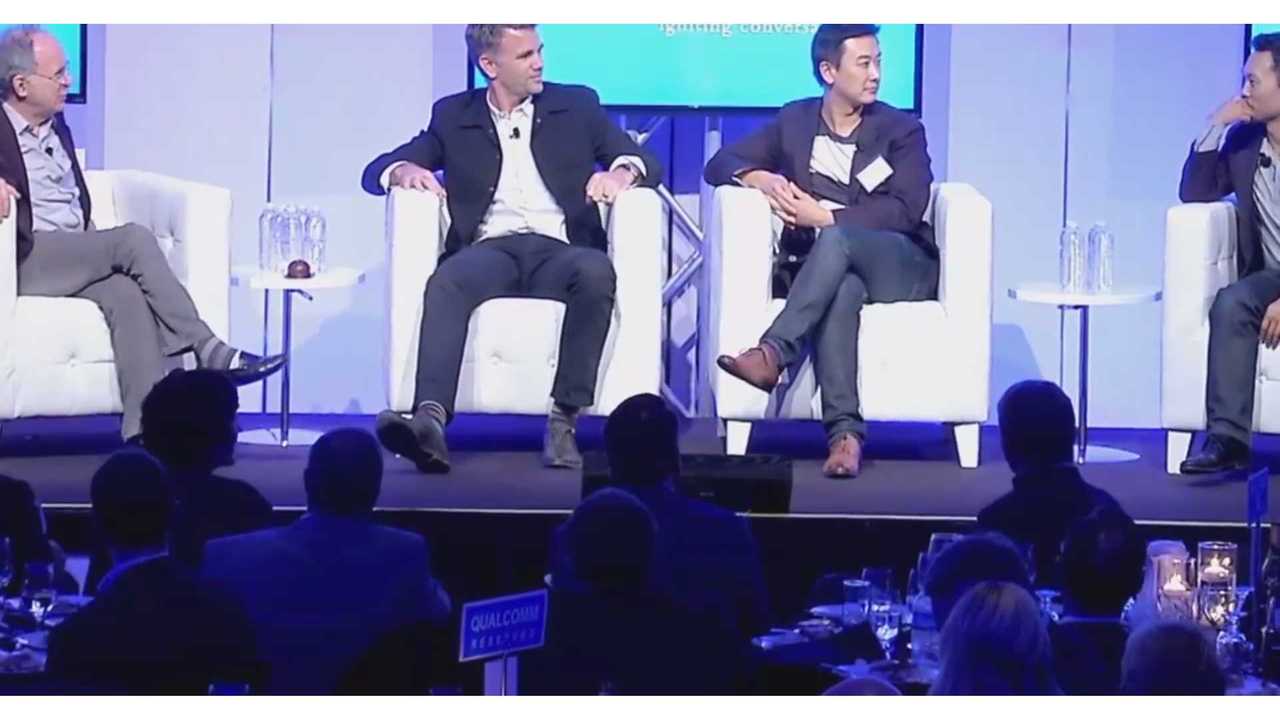 The winners from Tesla's sixth referral program had their VIP Tesla factory tour and "private Model 3" viewing event yesterday in Fremont, and thankfully Tesla social media personality DÆrik (& number 1 referrer in the world last year according to Tesla) was their and gave a personal account.

The video above gives the full run-down of the event which also included a Q & A with Tesla’s Chief Designer - Franz von Holzhausen.

Overall, the Model 3 experience was fairly underwhelming as reports were that the car on display was an Alpha unit that no one was allowed to make eye-contact with.  Ok, people were able to look at it, but that was it; no sitting inside, no Model 3 drives.

However, the interview with Franz gave some interesting information on the Model 3 backstory, of which DÆrik took some detailed notes and passed all of that along in the video above.  Enjoy!

Update (video below):  A second video recap of the event, this time from Trevor Page (of Tesla Model 3 Owners Club) has been posted to the internet - unfortunately in cell/vertical format...but you take what you can get!  (thanks to Peter for tip!)